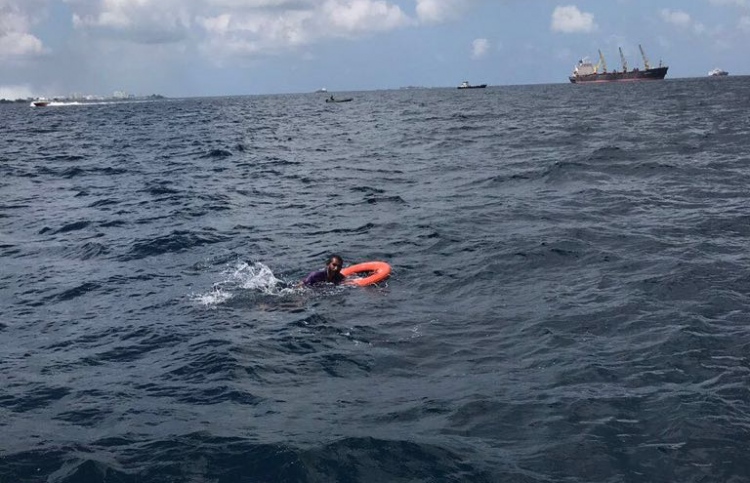 The man that was rescued while drifting away near Villimale and Feydhoo Finolhu on December 16, 2017. PHOTO / POLICE

An expat who had drifted away while trying to save another expat on a drifting dinghy, was rescued by the police on Saturday.

According to the police, the two expats were rescued from the waters between Villimale and Feydhoo Finolhu in Kaafu atoll at around 12pm. They were employees of a ship that was nearby.

The police said that the expat who was drifting in the ocean had jumped in after seeing the other man drift away on the dinghy; however, the currents had gotten a hold of him and he had started drifting away as well.

The two men and the dinghy were returned to their ship, the police said.