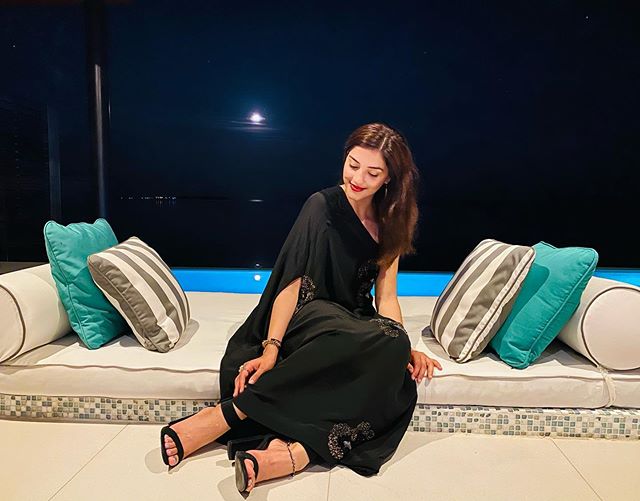 Pattas girl Mehreen Pirzadaa celebrates her birthday today on November 5. The pretty actress rang in her birthday at the Maldives, where she’s presently holidaying. The actress is on a vacation with her family. Mehreen has been posting pictures from the Maldives for the last few days.

The actress took to her Instagram account to post a pretty picture of her in a black dress on her birthday eve. With fans, peers and friends flooding her Insta stories with wishes, Mehreen also gave a glimpse of her birthday celebration. She started the day with a hearty breakfast and the hotel that she’s staying in even decorated her room, wishing her a happy birthday. Her family, too, surprised her with cake and celebrations.

On the work front, Mehreen was seen in two films this year – Pattas opposite Dhanush, and the Telugu film Aswathama, in which she played the female lead opposite Naga Shourya. The actress made her Tamil debut in Nenjil Thunivirundhal opposite Sundeep Kishan and also played the female lead in NOTA opposite Vijay Deverakonda. The pretty actress has been listening to a few scripts and Mehreen will sign her next in Tamil soon!