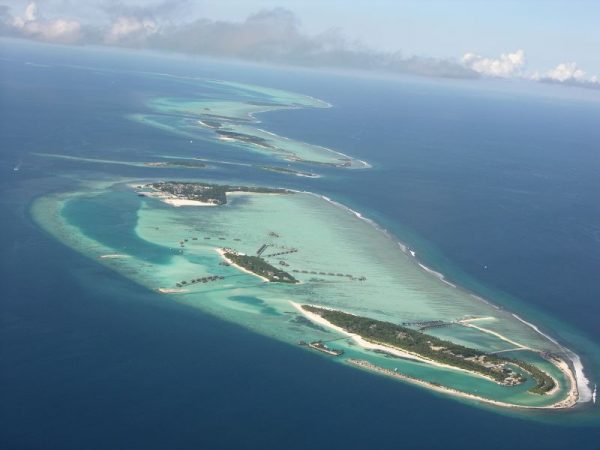 The India-Maldives relationship, which has been on the upswing since the Maldivian Democratic Party’s (MDP) Mohamed Ibrahim Solih took over the reins as president in November 2018, is in the crosshairs of Maldivian opposition parties.

Over the past few months, the Progressive Congress, a coalition of the opposition Progressive Party of Maldives (PPM) and the People’s National Congress (PNC), has been spearheading an “India Out” campaign in the Indian Ocean archipelago. In addition to anti-India rallies and campaigns on social media, the opposition has taken its fight to Parliament as well.

In late August, during a massive anti-India rally in the capital, Male, a high-rise building that housed the State Bank of India went up in flames. While it is unclear whether the fire was an accident or an act of sabotage, it is significant that the Maldivian government did not take it lightly and handed over the building’s perimeter security to the Maldives National Defense Forces.

While the focus of the opposition’s India Out campaign is of course, India, its primary target is the government, which is deepening cooperation with New Delhi. The MDP, which is more democratic and secular than the parties in opposition, is widely seen to be a pro-India party.

The opposition has accused the MDP government of “selling off Maldives” to India and is demanding Solih’s resignation. It has described former President Abdulla Yameen as the “solution” to the Maldives’ problems and is demanding his release from jail. Yameen, who was the country president between 2013 and 2018, quit the PPM to found the PNC in January this year.

It was during Yameen’s presidency that Maldives’ relations with China warmed considerably. The archipelago joined the Belt and Road Initiative and borrowed heavily from the Chinese to fund infrastructure projects. The period saw a sharp downturn in India-Maldives relations.

Before Yameen assumed office, the India-Maldives relationship was strong for decades. India’s support to President Maumoon Abdul Gayoom, who ruled the country between 1978 and 2008, was central to the survival of his authoritarian rule for over three decades. India had even dispatched commandos to the archipelago in November 1988 when Sri Lankan Tamil mercenaries attempted to topple him in a coup. Relations continued to be strong under his successor, the MDP’s Mohammed Nasheed, as well.

Strong ties between India and the Maldives are not restricted to the elite level. Thousands of Maldivians have studied in Indian schools and universities and many have come to India for medical treatment. Yet, as in other South Asian countries, in the Maldives too, politicians and political parties, whether in power or in opposition, stir anti-India sentiment to deflect attention away from domestic woes or to mobilize support against the government

If Nasheed’s proximity to India provides his opponents with ammunition to mobilize mass protests against his government, Yameen promoted Maldivian nationalism with an anti-India focus to tighten his grip over power and to deflect attention away from the autocratic governance, rampant corruption, and rising debt that characterized his presidency. Accusing India of infringing on Maldivian sovereignty, he allowed a defense agreement to expire in 2018 under which India stationed two naval choppers in Maldives and, in a show of defiance, even ordered India to take back the helicopters it had gifted Male under the pact.

Since the return of the MDP to power in November 2018, India-Maldives cooperation is growing again. The MDP government distanced itself from the pro-China policies of the Yameen government and put in place an “India first” policy.

India, on its part, has initiated a robust outreach to the Maldives.

New Delhi has, for instance, extended loans and grants worth millions of dollars to the Maldives toward funding infrastructure projects, not only to reduce Male’s dependence on China but also to enhance India’s own role and influence in the archipelago.

Bilateral military cooperation, which was always strong — the Maldives has been an integral part of India’s regional security grid – has expanded further under the MDP government. India is reported to have stationed reconnaissance aircraft and military choppers as well as military personnel on Maldivian soil.

It is the reported stationing of Indian military personnel in the Maldives that the opposition’s India Out campaign has pounced upon.

The opposition is demanding that the Solih government disclose the contents of the agreement it signed with India. It filed an emergency motion in the parliament in October this year seeking details of the pact that the Indian and Maldivian militaries had signed. While the motion was turned down by the speaker on the grounds that it involved matters of national security, the issue continues to generate heat in the Maldives and is unlikely to die down in the coming weeks and months.

Incidentally, while the opposition is targeting the Solih government’s deepening military ties with India, it has welcomed the Maldives’ strengthening defense cooperation with the United States.

The framework for a “Defense and Security Relationship” that the U.S. and Maldives’ defense ministries signed in September this year envisages deeper “engagement and cooperation” between the two countries “in support of maintaining peace and security in the Indian Ocean.” The two sides also “reiterated their commitment to a free and open Indo-Pacific,” a pledge that puts the Maldives firmly among countries opposed to and concerned with China’s growing aggression in the Indo-Pacific region.

India-Maldives defense cooperation will enhance India’s capability to monitor Chinese maritime and naval movements along vital sea lanes of communication that run alongside the Maldives. The U.S.-Maldives defense pact will strengthen that capability against the Chinese significantly.

It appears at this point that it is not so much military cooperation with outside powers as it is the stationing of foreign defense personnel that is being opposed in the Maldives. India should react to that message swiftly. The promised training of Maldivian personnel to operate Indian military hardware on Maldivian soil must be done quickly.