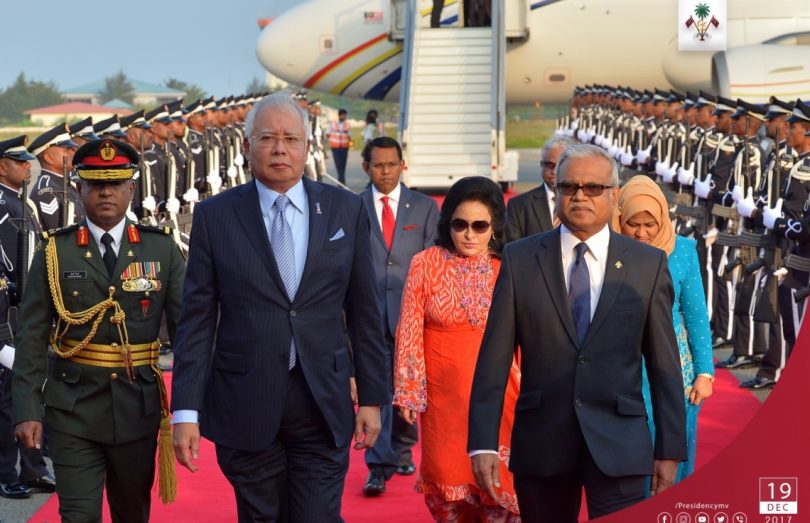 The prime minister was accorded a guard-of-honour mounted by personnel from the Maldivian National Defence Force.

Najib and his wife were later taken by boat to Kurumba where they will stay during the visit.

Tomorrow, Najib’s tight schedule will begin with a state welcoming ceremony, where he will be received by Maldives President Abdulla Yameen Abdul Gayoom. The two leaders are scheduled to have a one-to-one meeting, followed by a delegation meeting.

They will also witness the signing of four memorandums of understanding (MoU) between the two countries on the establishment of a Maldives Culture Centre and in the fields of health; firefighting and rescue; and higher education.

Malaysia and the Republic of Maldives, being Islamic countries, enjoy warm and wide-ranging substantive relations in various fields, including education, tourism and technical assistance, which have brought mutual benefit to both nations. The two countries established bilateral relations 49 years ago.

The Maldives is the smallest country in Asia in terms of both population and land size. The 90,000 sq km island nation has close to 450,000 people.

Najib’s maiden visit to the Maldives is at the invitation of the Maldivian President and comes 33 years after the visit by a Malaysian prime minister.