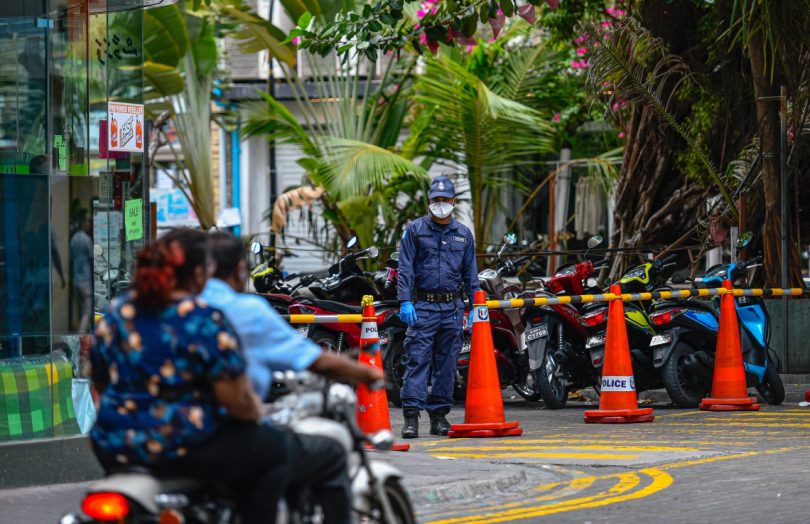 The commissioner described CEWs as “a smart and effective tool to de-escalate violence with potential to harm members of public and officers”.

With the aim of further improving officer safety & public protection, we are starting to trial the provision of Conducted Electric Weapon (CEW) as a force option. A smart and effective tool to de-escalate violence with potential to harm members of public & officers. #readiness pic.twitter.com/DyBmeIHGNy

Assuring that the use of CEWs would be governed by the use of force regulations, Commissioner Hameed also stated that Body Worn Cameras would be used to ensure the accountability of officers armed with stun guns.

Nevertheless, a considerable history of police brutality is recorded in the Maldives, which has previously drawn criticism from Amnesty International and other human rights watchdogs.

Many previous cases involve politicians currently serving at high posts, who were at the time members of the opposition.

Numerous incidents of undue force being exercised by officers were also reported between police officers and journalists that were present to cover the ongoing activity.

As the past years have clearly demonstrated, cameras doesn’t ensure accountability.

Allegations of police misconduct were also raised during the tenure of the incumbent police commissioner.

Didn’t a rogue group of police officers beat up someone and went on a huge social media drama to defend the officers???

There is no way to hold police officers accountable now they can tase people?? This is messed up.. https://t.co/rc1FboUgLt

Several members of the public have harshly criticized the decision to introduce CEWs, voicing concerns of disproportionate force and a lack of accountability.

Who else thinks we are not a country ready to investigate police officers for causing causing grievous bodily harm using a taser stun gun?https://t.co/w9njGCZlk2

According to a study published by the University of Cambridge in 2018, police officers carrying taser electronic weapons are at least 48 per cent more likely to use force and also more likely to be assaulted.

Medical opinion appears divided on the possible risk a taser-stun may pose to health, however, experts do raise concern over the impact of CEWs on cardiac and brain function.

Given the comparatively smaller population of Maldives, and despite being severely congested, the overall number of persons living in the capital city, weighed against the number of officers active in Maldives Police Service, many locals continue to question the necessity of the aforementioned measures.