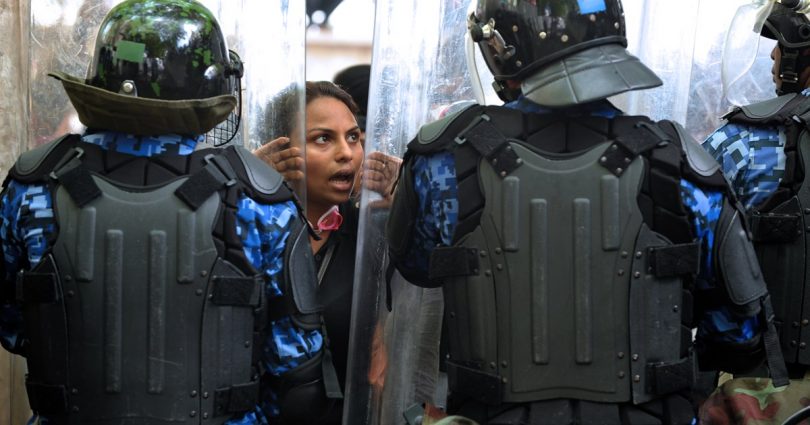 Amnesty International has serious fair trial concerns in the case of opposition MP, Faris Maumoon, who faces a hearing on Monday on charges stemming from his attempt to move a vote of no-confidence in the Speaker of Parliament.

Faris Maumoon was arrested by the Maldivian authorities on 18 July 2017, amid charges that he attempted to bribe parliamentarians into supporting a vote of no-confidence against Abdullah Maseeh, the Speaker of Parliament and a key ally of Maldivian President Abdulla Yameen. Maumoon’s home was raided and property taken, including documents, over the course of four hours.

“The Maldives has long denied members of the political opposition a fair trial. There have been convictions on trumped-up charges, for all sorts of alleged offences from trespassing to terrorism. There are serious concerns that Faris Maumoon will suffer the same fate. He must be given a fair trial in line with international standards,” said Biraj Patnaik, Amnesty International’s South Asia Director.

The no-confidence motion against the Speaker, initiated by Maumoon, has sparked a crisis in parliament. Members of the opposition have been barred from entering parliament, including through the use of heavy-handed measures. During recent sessions of parliament, Maldivian security forces have taken control of proceedings to stop the vote of no confidence from going ahead.

Maumoon’s hearing comes in the wake of an assault on the Maldivian criminal justice system, with more than 50 lawyers suspended by the Department of Judicial Administration for submitting a petition questioning the independence of the judiciary.

Amnesty International is concerned that the government is behind a relentless assault on the rule of law in the Maldives that has compromised the ability of the judiciary to carry out its functions independently.

“For the Maldivian justice system to be worthy of the name, judicial independence must be restored. As long as judges remain beholden to the political whims of the government, travesties will ensue,” said Biraj Patnaik.