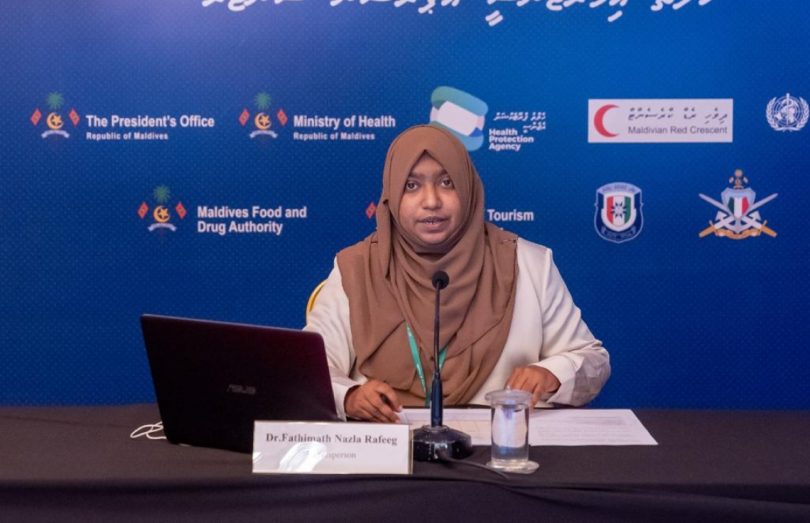 Health Emergency Operations Centre (HEOC) declared late Sunday that the Maldives was on alert and working to enhance precautions, over the contagious new strain of the coronavirus detected in the United Kingdom last week.

“We’re working on strengthening the implementation of existing measures, as well as enhancing their scope”, she said.

Noting that new strains are detected once they begin to spread, Dr Nazla stressed the importance of adhering to virus safety guidelines despite the recent decrease in the daily average of new cases detected in the Maldives.

Whereas several countries, including India, have barred flights from the UK due to the new strain, Maldivian authorities stated that they are currently deliberating on possible new measures to impose.

The new variant of the coronavirus, which was initially reported from the south of England, is highly contagious and thought to be up to 70 per cent more transmissible than the original strain. However, authorities stated that infections caused by the COVID mutation were not more severe.

The British government has locked down London and areas in the south of the country where infections by the new strain are most concentrated. While the World Health Organization has reported infections in Denmark, the Netherlands and Australia, several countries have shut down transport to and from the UK, including France, Germany, Italy, Ireland, and the Netherlands in Europe.