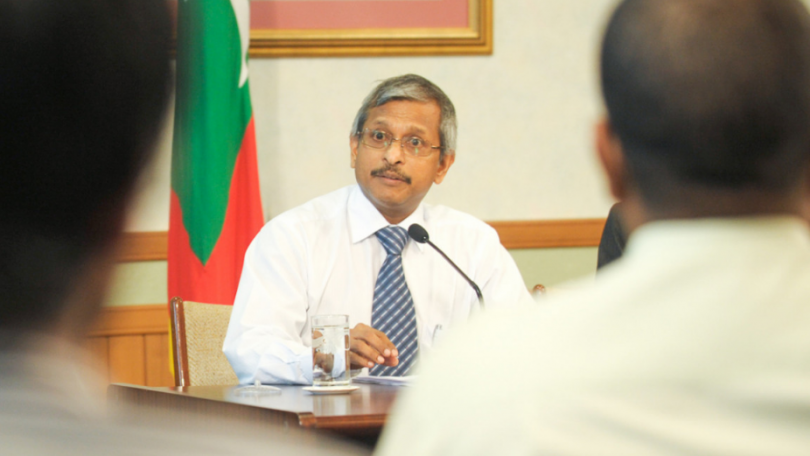 Ali Hashim, Governor of the Maldives Monetary Authority (MMA), has said that the Maldives has officially requested for the provision of PayPal services to the country.

PayPal is the world’s most popular digital wallet, used for online financial transactions all over the globe. Right now in the Maldives, PayPal’s features are limited only to sending and depositing, and funds received from the wallet cannot be withdrawn.

In a parliamentary speaking yesterday, the Governor answered questions regarding the implementation of a new payment system within the country, as part of the government’s national strategic plan. He stated that regulatory work needs to be done to launch a service such as PayPal and that relevant laws must be made and amended to streamline its features.

All details about the company in charge of implementing the new system will be disclosed by MMA. The Governor also spoke about the phases of the plan, claiming that the testing phase will begin next October, continuing on for six months.

The establishment of the new system will be based on the standard of ISO 222, which will pave the way for services such as PayPal to operate freely within the country. However, the Governor made it clear that the decision of providing their services was up to PayPal, not them.

“We have been slowly building pressure,” said Ali Hashim. “But ultimately, the decision lies with the company. What we ourselves can do is to set up an appropriate system and remove any obstructions, thereby promoting the Maldives as an attractive market for them.”

Lack of access to PayPal has become a pressing issue within the public sphere, especially among the youth. A significant portion of freelancers also relies on transnational digital money transfers in order to secure an income for themselves.