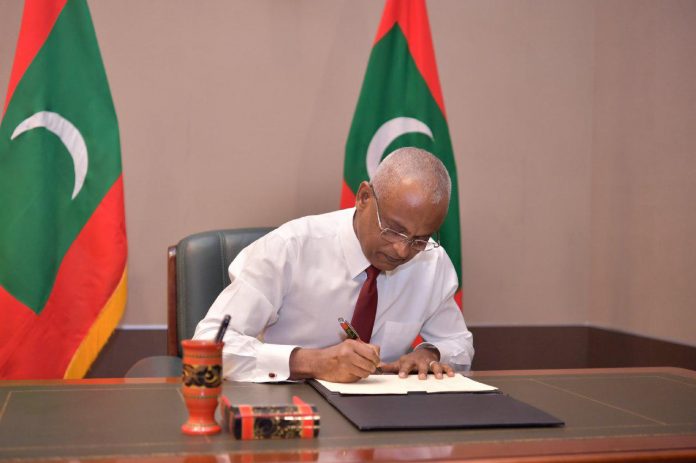 In the virtual conference held on Independence Day by the foreign minister Abdulla Shahid to meet the diplomats abroad, the president stated that Independence Day fell at a time the country is facing difficulties due to the pandemic, just like other countries.

He added that financial and economic developments achieved by the country have been affected by the global virus and it has left the country with no option, but to close its borders.

In the virtual conference, president Solih has highlighted the importance of all the working hand in hand to flatten the curve and has expressed gratitude for the assistance received by other countries in surviving the pandemic.

Following this, the president made note of the safety measures taken by the country ensuring the welfare of tourists and stated that the Maldives is most possibly the safest destination. Maintaining and strengthening the International Relationships is one of the crucial acts of the governments’ foreign policy, and the country acts accordingly, stated his excellency.