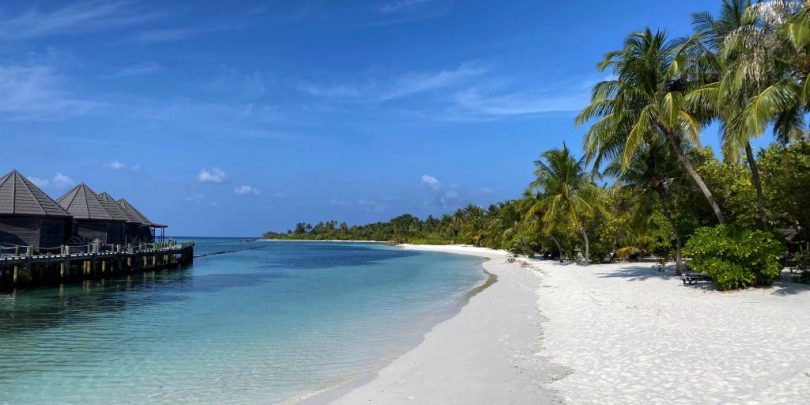 BANGKOK — The Maldives is turning remote luxury resort hotels in the idyllic archipelago into quarantine facilities in a bid to insulate the remote Indian Ocean nation from the spreading coronavirus pandemic.

Tourism Minister Ali Waheed revealed the new containment strategy over the weekend after 13 cases for COVID-19 were confirmed.

For now, the Maldives has the lowest infection rate in South Asia, where nearly 500 cases have tested positive. Nevertheless, COVID-19 has already virtually snuffed out the tourism industry — the country’s largest foreign exchange earner.

According to the Maldivian media, all of the patients in the Maldives, the subregion’s smallest country, are foreign. Some are tourists vacationing at the tail end of the peak season, and the rest are foreign workers.

Waheed revealed that ten resorts, together with offering 1,158 rooms with 2,228 beds, will be equipped for the global public health emergency, which has infected over 300,000 people and resulted in over 13,000 deaths worldwide since it was first detected in China in December. The Maldive properties include Fun Island, Holiday Island and Royal Island.

The emergency measures come as the government of President Ibrahim Mohamed Solih confronts the prospect of the country’s main source of foreign earnings drying up.

Before the pandemic, the government had been bullish about tourism prospects, targeting two million, high-spending holidaymakers this year after last year’s record 1.5 million.

Tourism has been the bedrock of the Maldives’ economic success. The $5 billion-dollar economy grew by 6.7 % in 2018 with tourism generating 60% of foreign income.

Coronavirus has changed everything. “The global repercussions of restrictive travel measures have resulted in a sharp drop in tourist arrivals,” a senior government source told the Nikkei Asian Review. “Arrivals are low and occupancy rates in resorts and guesthouses are very low. Some are temporarily suspending operations.”

Tourism industry observers believe the fallout from the coronavirus could be worse than the economic setback the Maldives suffered the last time an external disaster struck — the 2004 Indian Ocean tsunami. On that occasion, relatively quick rebuilding was possible. This time, considerable uncertainty hangs in the air.

The Asian Development Bank (ADB) has already singled out the Maldives, which has nearly 400,000 people living on 198 of its 1,190 islands, as being the country in Asia worst affected by the lost tourism. “International tourism receipts account for more than 40% of the gross domestic product in economies like Palau and Maldives,” the Manila-based international financial institution said in a study released in early March.

The Maldives tops the ADB’s list of 40 countries assessed for the share of the gross domestic product derived from international tourism. Tourists from China were the largest by country of origin, accounting for nearly 20% of arrivals, followed by India and Italy — the latter also very badly affected by the pandemic.

The ADB is at present projecting a possible 5.5% economic contraction for the Maldives — an estimated $293.9 million hit. That would be the second-worst regionally after Palau, which the ADB study says could suffer 8.5%.

Other financial analysts are similarly gloomy. “A deep recession in the Maldives seems unavoidable,” said Thomas Rookmaaker, sovereign rating director at Fitch Ratings, noting that the COVID-19 pandemic has halted tourism. “Inflows of foreign currency and government revenue will fall significantly as a result.”

The Maldives will be hard-pressed to service international debts. Foreign reserves stood at $757 million in February, but only $276 million were usable. “The Maldivian government has to service $117 million in external debt and interest this year,” said Rookmaaker.

Foreign debt accumulated under the previous administration has dogged the Maldives. Loans from China were used to fund an infrastructure building spree tied to the superpower’s multibillion-dollar Belt and Road Initiative. The projects included a bridge linking Male, the capital, to the main airport on another island.

Some allies of Solih believe the Maldives actually owes China $3.5 billion — more than double the officially estimated debt of about $1.4 billion. China has refuted both the higher figure and the implication that the Maldives is caught in a Chinese “debt trap.”

Male’s economic vulnerability was brought into focus in December 2018, shortly after Solih was elected to power. It received a $1.4 billion financial aid package from India as an economic lifeline to help the Maldives service international debt obligations.

“This government is closer to India than China to seek financial help,” said Masood Imad, a former government spokesman. “But most of our debt will be repaid to China for loans taken over the past five years, so there may be complications.”