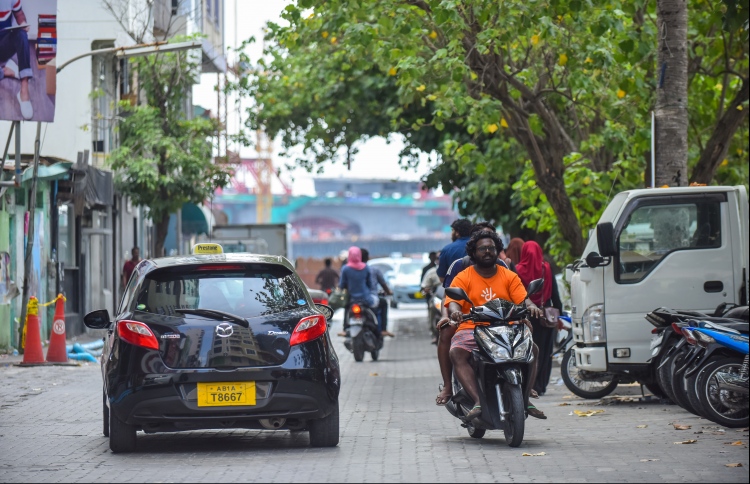 The original Dhivehi article was published on Mihaaru.com website on 29th April 2018

Along with the recent efforts to bring order to the streets of Malé, the vision the ministers expressed is that the government will develop Malé city to the same level as other advanced cities in the world and bring a solution to the current traffic problem. Tokyo, Japan and Switzerland were mentioned in their talks. Before that, the government had pledged citing Singapore as an exemplar nation to follow suit.

If these dreams become a reality, it will be splendid. However, what is important to note is that we don’t know when one of the key elements that make Singapore, Tokyo and Switzerland an example, will become to Malé. What’s identically found in those cities and countries is that they all have a convenient proper public transport system in a sustainable manner.

Private vehicles multi-folded and streets became chaotic in the absence of a public transport system throughout the years in Malé city. The public bus system initiated during MDP government failed. This government had also not yet been able to do it. After assigning public bus service operation initiative to MTCC in June 2016, it was axed soon after. After that in September last year, the project was assigned to MPL. However, 7 months had passed without knowing when there would be a public bus service in Malé. MPL wants to start bus service from Malé, Hulhule and Hulhumalé, after the new bridge is opened on 26 July.

To bring Maldives to the same level as Singapore, Tokyo and Switzerland, the first step would be to establish a good quality public transport system. Those are areas to appear on every list in the world, as a prototype public transport system. For example, the Netherlands International Consultancy company, Arcadis, in the compilation of ‘Sustainable Cities Mobility Index’, the top 15 of 2017 were Zurich, Switzerland, Singapore and Tokyo.

So why do these cities become as model cities when it comes to ‘sustainable mobility cities’? ‘Sustainable Cities Mobility Index’ has been based on the level of achievement of economic, social and environmental sustainability.

Looking at Zurich city which ranked second after Hong Kong, although, modern public transport service had been provided widely, private cars contribute to traffic congestion. However, to solve the issue a long-term plan is in the works. Such as expanding the existing Public Transport Network and streamlining the network system management and making it more convenient for the public users. The Zurich’s public transport system includes trains, tram, bus service and sea transport, there is also a special focus on bicycle transport. To encourage people to use bicycles, measures like the extension of parking space and assurance of safety for bicycle users had been implemented.

Singapore which has made 8th amongst the 100th list, 66% out of the population currently relies on public transport. However, in 2030, the Singapore government wants to increase it to 75% during peak hours. Therefore, investments are currently being made to improve the bus service system.

More than half of the crowded Tokyo city dwellers also commute by public transport. The world-acclaimed Tokyo metro system is known by commuters for its punctuality, high-speed and cleanliness. It is also an excellent hub which connects to out of city destinations.

These are cities providing eco-friendly transport systems, which are designed to have minimal impact on the environment and air pollution.

These cities where good public transport systems had been developed, had successfully achieved in encouraging the public to let go of their private vehicles. While it is also a step towards decongesting the street traffic and the air pollution, everyone already knows that the biggest problem that Malé had faced was the increase of private cycles and cars.

In an effort to curtail traffic issues, while goods transporting time were changed to night time, the government had said they will not impose a control on the number of vehicles being imported. Instead, the government wants to bring an ‘inventive solution’ to the streets of Malé. As part of that, why not give priority to introduce public transport?

We can believe that when public transport is easily accessible, people will stop using cycles and cars. Without that provision of service, we cannot expect an ease to the current traffic woes. And without all those services available, Malé will never match up to Singapore, Tokyo and Switzerland.