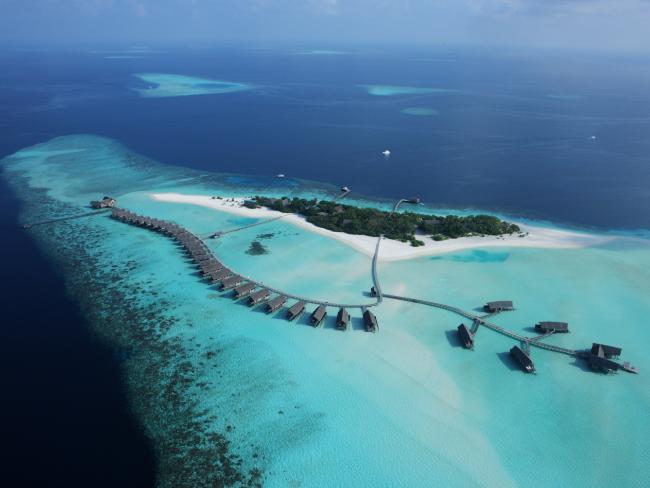 It seems apt we’ve arrived in the Maldives on Earth Day. As I dip my white-gloved hands into the bucket of seawater and pick up a piece of naturally broken coral to add to our propagation frame, the enormity of the plight of the reef starts to sink in.

Coral makes up less than 0.1 percent of the ocean but is home to 25 percent of marine life. Even though the water was teeming with life – translucent needlefish, butterfly fish, comical unicorn fish and graceful spotted eagle rays – when I snorkelled through gin-clear waters along the house reef before breakfast, COMO Cocoa Island resort resident marine biologist Sherene Tan delivers the bad news: 60 percent of the reef is dead.

After a brutal coral bleaching incident spurred on by El Nino in 1998, a second-coming in 2016 pierced into the otherworldly aqua waters surrounding the Maldives’ 1200-something islands during some of the summer’s hottest days.

By securing these pieces of coral onto the frames and placing them in cool, deep waters, within one to two years the depth of the regrowth of coral and attraction of fish seen on other frames is heartening. The Coral Propagation project started at Cocoa Island in 2012 and this is the 82nd frame being placed back onto the reef.

“It takes about two years to start to see the colour coming back, but about five years to properly reform,” Tan says. “But it took millions of years for them to grow in the first place. Our hope is by propagating these, we can help the species survive … but it’s survival of the fittest.” 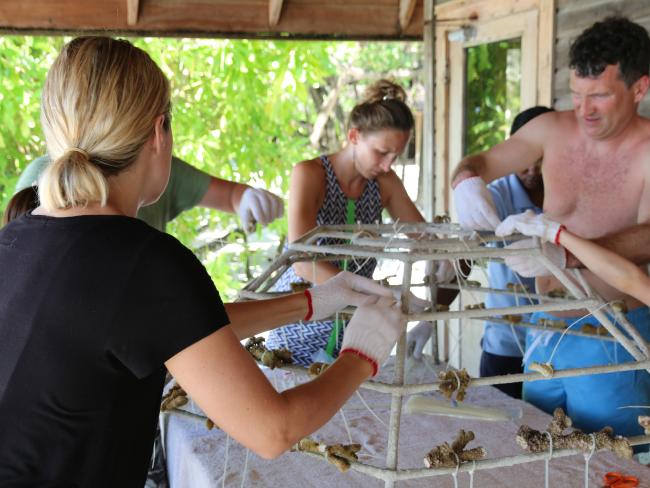 Flying over the Maldives, the sheer number and isolation of the ringed atolls become clear. Great blobs of turquoise and aqua within an inky blue sea, like water droplets on a watercolour painting.

It’s everything I dreamt it would be, romantically leaning palm trees notwithstanding, but I can’t help but feel the fragility of its beauty.

A flurry of new resorts popping up means more competition on the pricing front, new airlines coming in mean cheaper flight deals, and the allowance of homestay accommodation has changed the game completely, opening up this paradisiacal landscape to a wider market than the five-star visitors of years past. But it’s a bittersweet pill.

While the reality of the Maldives is better than any dream, more people are contributing to the environmental footprint along this pristine garland of islands than ever before.

We fly over a vast majority of them on a 45-minute seaplane flight from Cocoa Island to COMO Maalifushi in the remote Thaa Atoll.

When the resort opened in January 2014 it was the only one in this corner of the archipelago, but construction barges surrounding the neighbouring island, Kolhufushi, show it won’t be on its own for too much longer. The development by Spanish resort group Gran Melia is slated to open in 2018.

The Maldivian government has recently allowed reclamation to combat rising sea levels, but in dragging sand from places where the reef lives, it has been stirring up more than emotions.

Forty-five years ago this was a land of tiny fishing villages. Once tourism arrived, there were 90 new resorts built across 35 years (from 1972 to 2007) and now, in this latest supercharged spate of development, 50 more will be added in a matter of five years.

RESORTS TO THE RESCUE 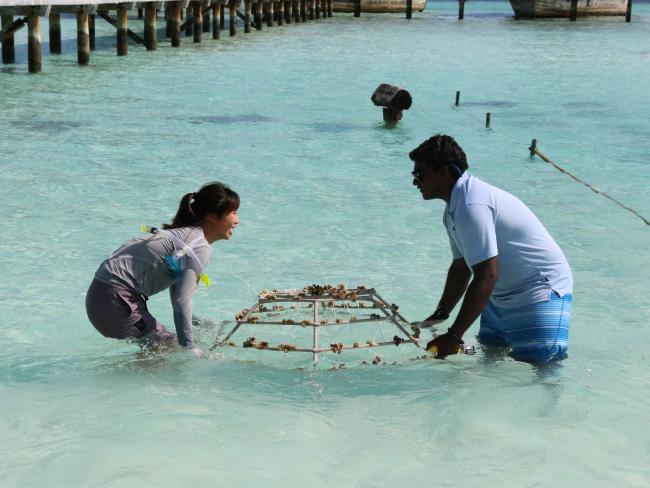 The completed frame is carried into the coral nursery to settle. Picture- Celeste MitchellSource-Supplied

As soon as the general manager of Cocoa Island, Benjamin Kreuz, settled into his new island home in 2016 he had one mission clearly on his mind, and it had nothing to do with paint colours or renovation plans for bathrooms; it was a war on plastic.

With the opening up of local islands to tourists – islands without sophisticated waste-management plans like their five-star resort cousins – plastic bottles and other unwanted rubbish started riding the currents and landing up at the feet of blissed-out honeymooners throughout the Maldives. “This is not what you want to be seeing when you’re on holidays,” Kreuz says. 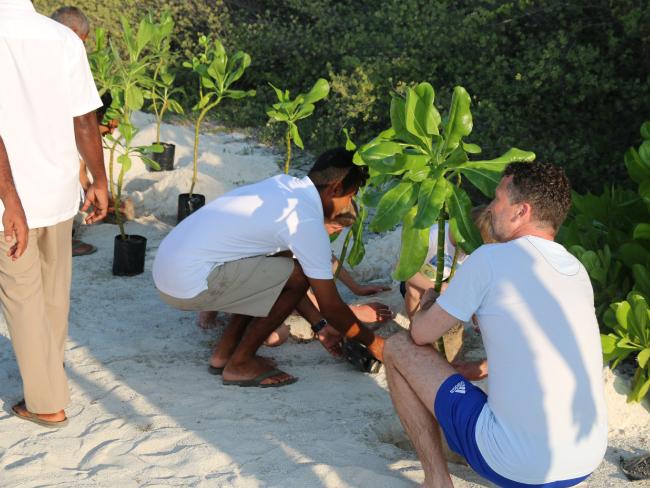 Transitioning to plastic-free and away from fossil fuels is an ethos that carries through both COMO properties as they support local initiatives to improve the impact on the environment.

“We need to teach people to throw things in the bin, then use this rubbish to be converted into energy.”

As we all pitch in to plant a new row of trees into the powdery white sand – another Earth Day activity put on by the resort – I mull over our talk. The Maldives is not an anomaly when it comes to tropical island destinations and the challenges they face.

There are forces at play over which we may not have immediate control, but by understanding what goes into a stay in this island paradise, the holistic nature of COMO comes into focus. Because anyone can splash out on a luxury resort stay, but one that fuses ayurvedic treatments and mindfulness through yoga in the COMO Shambhala spa, the raw enzyme-rich cuisine on the COMO Shambhala menu and sustainably caught fresh fish, and the chance to give back to the natural wonder that attracted us here in the first place? That’s priceless. 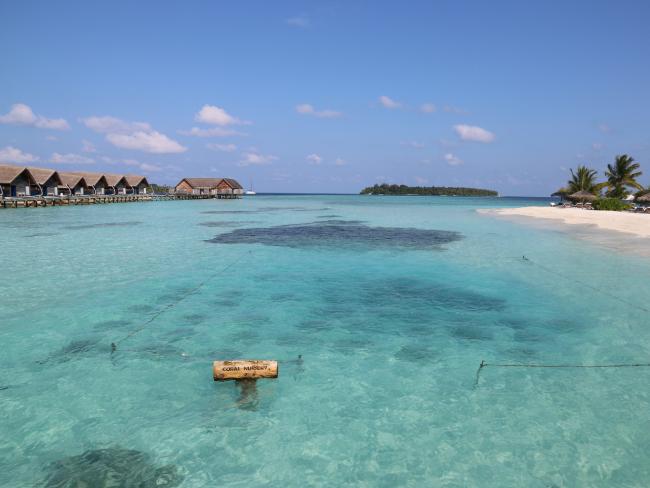