The family of Jumhooree Party leader Gasim Ibrahim has asked Maldivian authorities to extend his medical leave for a fourth time on doctor’s advice.

According to local media reports, Gasim’s son Ibrahim Siyad Gasim wrote to the Maldives Correctional Service saying doctors had advised him to stay in Singapore until October 28 for tests.

Gasim, sentenced to three years in absentia for attempted bribery, was released on medical furlough for cardiovascular treatment in September.

Gasim’s doctor, Dr Reginald Liew at the Harley Street Heart and Cancer Centre, said the former lawmaker was due to undergo an electrophysiological study on October 19.

“He needs to remain in Singapore whilst waiting for the EP study as it would be dangerous for him to fly due to the risk of a heart rhythm problem and heart attack,” Lew said in a medical report issued on Friday.

Lew said Gasim would need to stay in observation for two days after the test and another week after discharge to “ensure there are no complications”, Lew said

If there are further complications from the EP study he may need a longer stay, Lew added.

MCS Spokesperson Ahmed Lugman told the Maldives Independent the authority has not changed its mind against further extending Gasim’s leave.

Last week, the MCS asked the police for assistance in bringing him back after his medical leave expired. 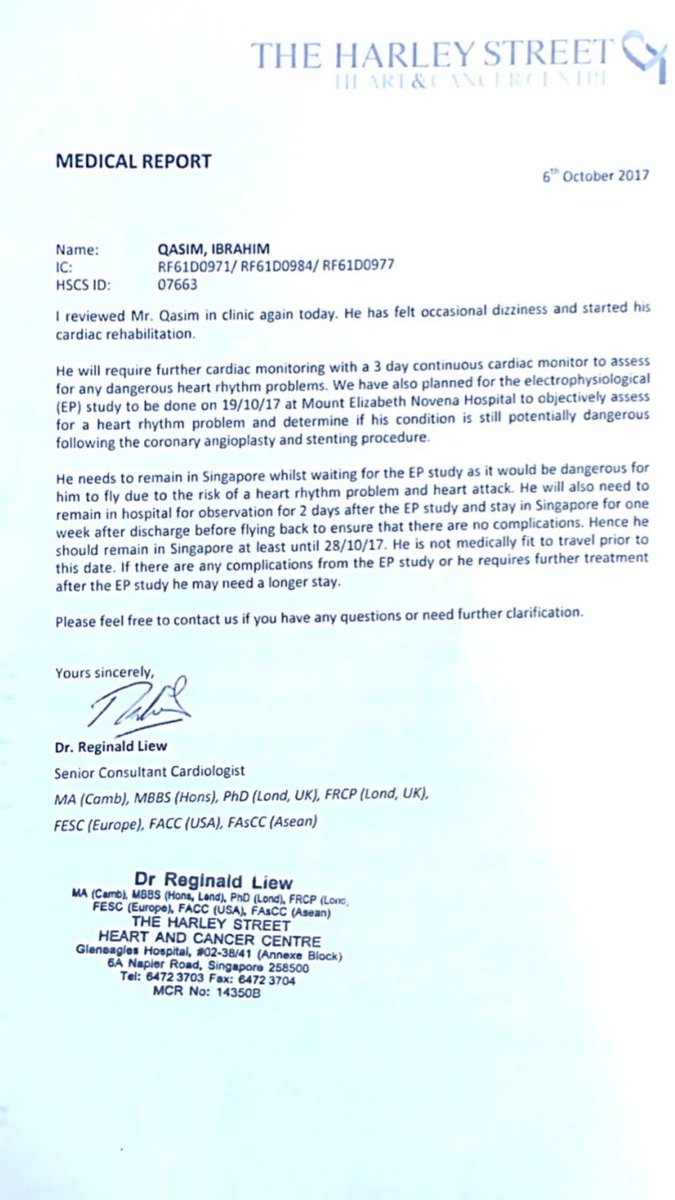