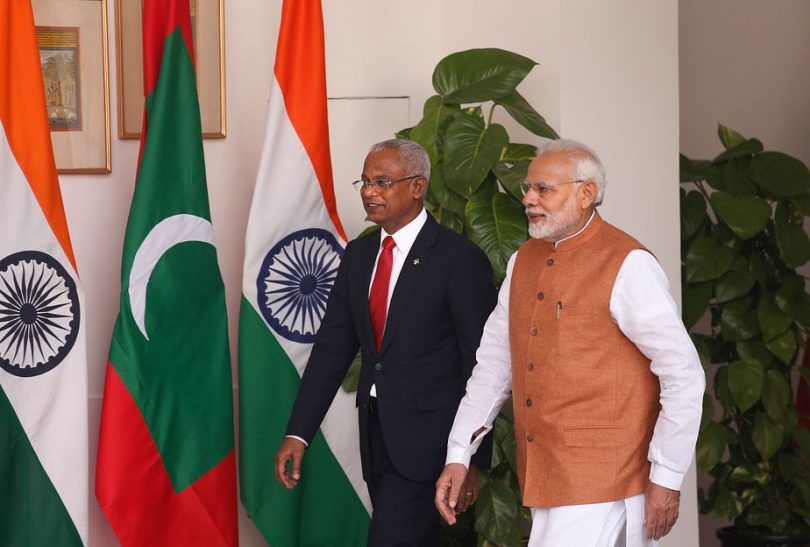 A passenger and cargo ferry service connecting the Indian states of Tamil Nadu and Kerala with the Maldivian capital Male is set to begin operation today.

The service commences amid the recent warming of relations between the two countries under current Maldivian President Ibrahim Mohamed Solih. Previously, Maldives had enjoyed strong relations with China under former President Abdulla Yameen, who signed Maldives’ first free trade agreement with China in 2017. The agreement secured both Chinese infrastructure assistance to the island and investment in its economy.

As a new contender to Chinese influence in the country, India has offered the Maldives $500 million in aid and $100 million in grants as part of the India-Maldives agreement of 2019 that made way to the new ferry service. In an effort to better its regional standing and replace China’s economic presence in the country, India has recently prioritised its relationship with the Maldives, as demonstrated by Modi’s first international trip upon re-election to Male.

Given that Chinese investment in the Maldives has driven the island’s debt to well over half of its total GDP, expect the Maldives to carefully scrutinize future offers of aid from prospective partners. Yet, it appears likely that the Maldives will deepen its cooperation with Modi’s government, which is interested both in building a stronger relationship with the Maldives in particular and in attracting potential regional partners in general.