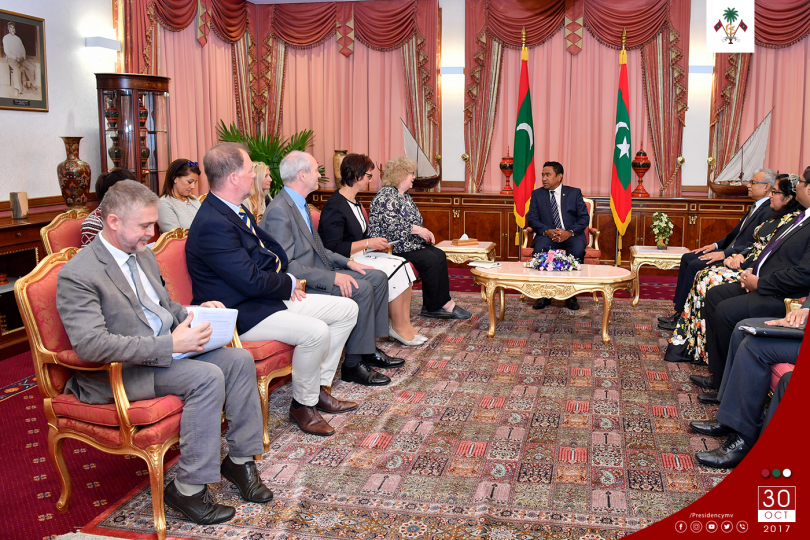 The Honourable Jean Lambert, the MEP Chair of the Delegation for Relations with the Countries for South Asia of the European Parliament, has called on President Abdulla Yameen Abdulla, this morning at the President’s Office.

During the call, the President welcomed Madame Jean and the delegation from EU Parliament, and stated that the Maldives and the EU have a long history of a close and productive partnership over the past 34 years.

The President also emphasised that the Maldives attaches high importance to its relations with the EU and conveyed appreciation for the support and cooperation extended by the EU, especially in climate change adaptation and mitigation efforts undertaken by the Maldives.

The call involved discussions on the current political and economic situation in Maldives and other areas of shared interest for the Maldives and the European Union. The President stated that the Government of Maldives remains committed to maintain judicial independence, democracy, rule of law and human rights, and in continuing to cooperate with international partners in upholding the standards of good governance. The President also spoke of the challenges faced at this early stage of democratic transition and the strides the Government has made in overcoming existing challenges and consolidating a smooth-functioning democratic system.

Maldives and the EU delegation reaffirmed their commitment to continue working together and promote shared values and interests.