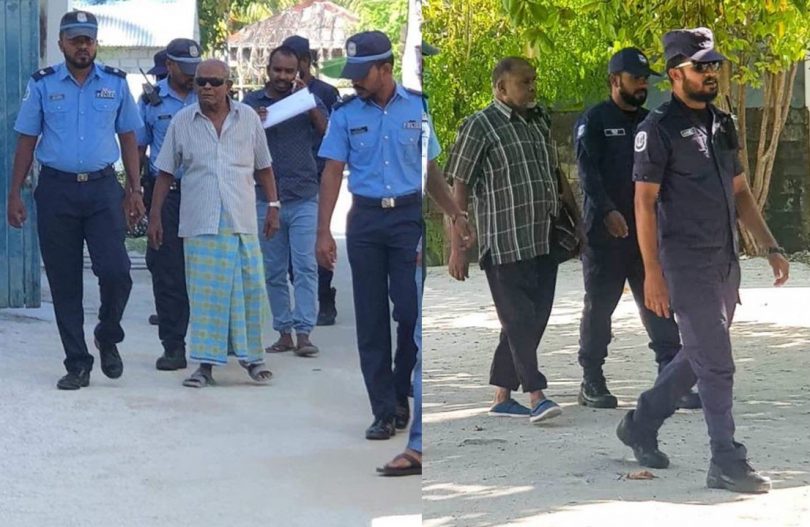 Social media is flooded with fuming statuses, comments and pictures regarding the current Rape case. Various groups are coming together in numerous platforms to voice out their anger, disappointments and rage due to perpetrators roaming freely among us without proper prosecution and penalties for their hideous crimes of sexual violence. Online, print and digital media all have diverted their focus onto sexual violence and Rape, meanwhile competing on who can break the latest news faster and get as many viewers as possible. Policy makers are busy tweeting and pointing fingers at one another, whereby social service providers are occupied in coming up with PR tactics to save their backs. Social media advocates voices are getting louder, meaner and nastier, in the meantime the victim blame group is busy with their keyboards coming forward with their narrow mindedness and stigmatization, mostly using religion and cultural misconceptions as their shield.

As precedent taught us, the voices will start diming, a new crisis will emerge. The focus will change, the media will turn and without a doubt, the policy makers will blindsight the issue and crawl back into their shells of governing through twitter.

The attention has been diverted, the focus changed, the spotlight gone. However, the victim remains. The cry of help, the painful moan and the suffering in silence. The need to break free, the need to be in a safe haven, the need to be accepted back into society. Many victims suffer in silence, many victims are further victimized and exploited over and over again.

Many are silenced once they cry for help, in the name of family honor, in the name of a blissful life of financial independence from the abuser, many are silenced by the “blame the victim” culture. Fingers are pointed towards the victim, where the perpetrator is protected by a safety blanket. Victims try to comprehend what they did wrong? Was it what she wore? Was it how she looked? Was it her body? Or was it her responsibility as a woman, to be a pleasure object for men?  These thoughts are given strength by culture, by black and white thinking of people around us. The exact people who are supposed to take care and nurture the victim keep on pushing her towards the perpetrator, forcing her to come face to face with her abuser in everyday life. Asking her to wipe away her tears for the shame of the society. Killing a soul slowly bit by bit over the “Shame Game”. As adult survivors of sexual violence and rape, some men and women grow up with lifelong trauma, if untreated. They fear intimacy, grow different phobias and anxieties, they believe that their bodies betrayed them, their caregivers neglected them and sometimes believe that they are at fault. Some suffer from physical impairments, suicidal ideations and in lethal cases rape and sexual violence leads to death.

The Island paradise as glorious it may seem, as marvelous the beaches and as friendly the people may seem, corruption is mass spread. With the small population, we tend to know some powerful authority figures in our community. Maintaining the confidentiality of the client, upholding professionalism and adhering to neatly written down policies are alien to the majority of us in this paradise. Rape victims who come forward and report, getting traumatized over and over again, still has no hope in finding justice through the system.

When we ourselves, grimace with shame over our country and our people, we need to thoroughly think what led to this? What will be our role in ending the rape culture? What was our role in contributing to the Rape culture? Do we shift protection towards the perpetrator rather than the victim? Do we point the guilty finger at the victim rather than the perpetrator? Do we ask victims to cover up, straighten their behavior than asking perpetrators to be human and treat others with dignity? Are we curious about what the victim is wearing, where the victim was at and what were the victim doing out late at night? Are we going to think twice, when we ask our little boys to man up and not show their feelings? Are we going to continue asking our little boys to hold back their tears and act macho? Are we
going to keep on asking our girls to be timid and their physical beauty needs a societal standard?

It is time we move on from glamorous nationwide campaigns against violence, sparkly billboards, spending heaps of
money on award functions to pioneers working against abuse, and shift focus to the core issues, shift attention to victims. The path is clear, the solutions had been laid down centuries ago, the systematic barriers have been surveyed, identified and reported in numerous gatherings worldwide.

In this youth driven social media advocacy age, in this age where we can get information at our fingertips, it is
time we fight for our victims. It is time we be the voice for the voiceless. It is time we bring impactful change in our system, mindset and way of life.

Victim protection procedures need to be implemented, carefully monitored. Safe houses for victims need to be brought up, with trained professional helpers. We need to see a country, where victims are not pushed forward by the family and the authorities to go back to the abusive environment. Rape crisis authorities need to be established, Rape
victims need to be heard without the fear of judgement, stigma and further victimization. The community need to be sensitized of the seriousness of rape and the harm of not protecting the victim. The society need to develop into a
compassionate one, where we empathize over pain and suffering of the victim rather than shaming the victim.

The path is clear, what is stopping us? Rape and Sexual violence. Enough is Enough!! It is time for us to take a stand with the victim.

About the Author: Hawwa Leesha has a Master of Counselling from Monash University, Melbourne Australia. She is the co-founder and Advocacy Director at Institute for Wellness Education. She is also a part-time lecturer, a speaker, a social advocate and a stay at home mother of three daughters