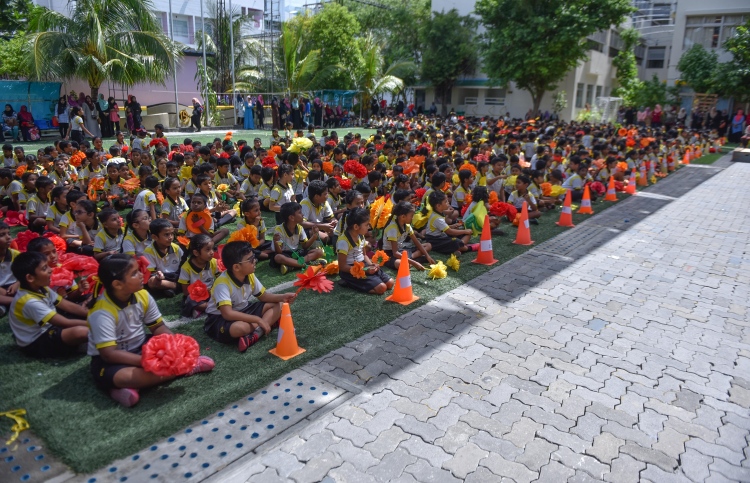 Students of Thaajuddin School at an assembly. PHOTO: HUSSAIN WAHEED/MIHAARU

The education ministry declared on Tuesday that students will continue the use of textbooks in schools in the coming year, and that digitalization of schools will occur gradually.

The ministry’s statement comes in the wake of finance minister Ahmed Munawar’s revelation that the government plans to digitalise all schools in 2018. He had announced while presenting the State Budget 2018 to the parliament that the government has allocated MVR 154 million for the digitalization project, and that students will replace textbooks with tablets.

However, state minister Ahmed Shafeeu of the education ministry stated on Tuesday that students will also use textbooks along with tablets.

Assuring that the ministry will familiarize students, teachers and parents with tablets, Shafeeu said that the education ministry is seeking sources to bring in tablets for next year. He did not specify when their use will commence.

The ministry added that research will be done to determine the most beneficial way tablets can be used in the classroom.