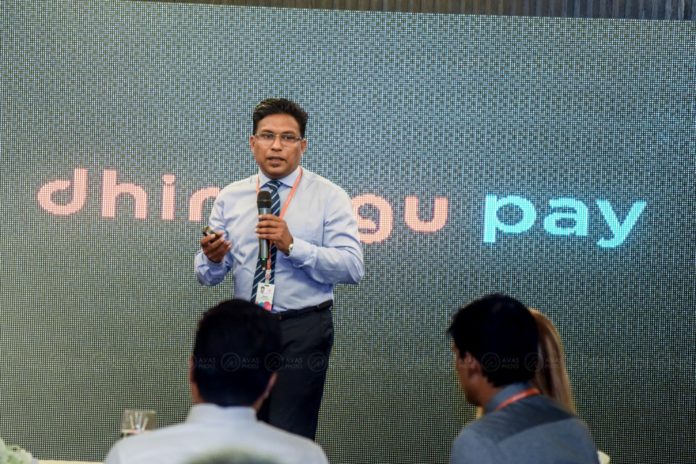 A mobile wallet service was launched by Dhiraagu at a ceremony held in Hotel Jen, Male’. “Dhiraagu Pay” was officially launched by Minister of Finance Mr Ahmed Munawar. During his speech, he stated that it is an essential service in the Maldives and that it is a vision to see Maldives as a nation that doesn’t use physical money. In addition, he said that a huge percentage of Maldivian population have bank accounts but very few make use of those accounts and by means of mobile payments, things will be made easier, with more people willing to trust the banking system and use their services.

Managing Director and CEO of the company, Mr Ismail Rasheed mentioned that there are 800000 mobile phone users in Maldives of which majority are Dhiraagu customers. Therefore, he envisions” Dhiraagu Pay” to become the most widely used mobile wallet in Maldives and it would help change Maldivian society into one that doesn’t use physical money.

He further stated that the company’s target is to introduce the latest technologies to Maldives and having introduced Dhiraagu TV recently as well as going onto introducing e-money. He also highlighted that through the introduction of such a service, the company hopes to bring ease to people’s lives.