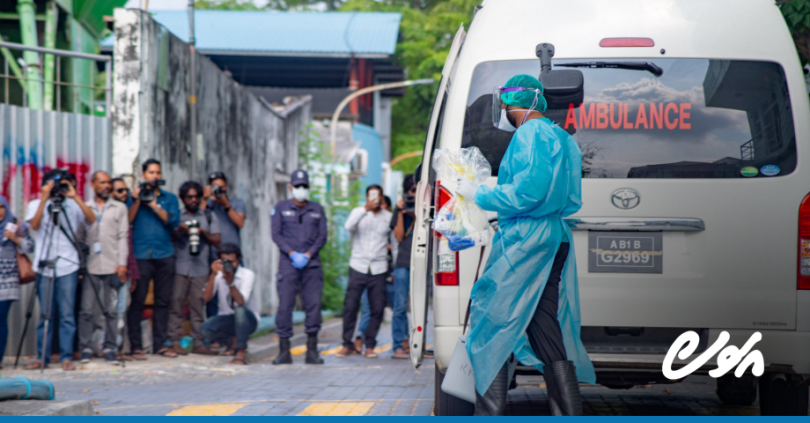 The Health Protection Agency (HPA) has predicted that the COVID-19 pathogen could kill up to 2000 people in the Maldives.

During the National Emergency Operation Centre (NEOC)’s daily press briefing on Friday, public health expert Dr Sheena Moosa shared a presentation on projections predicting the situation in the Maldives if the contagion continues to spread rapidly.

Dr Sheena said if effective preventive measures are not taken, and if the public does not cooperate with the authorities in their attempt to flatten the curve, the situation in the Maldives could become extremely deadly.

The current trend indicates that the number of positive cases would reach its peak within a month, and the number of patients who may require hospitalization is also likely to increase, said Dr Sheena. While it is believed that over 100,000 people will become infected, the archipelago does not have the capacity to treat a large influx of positive patients, warned the doctor.

Noting that the health care system lacks enough resources such as ventilators, oxygen, and enough doctors and nurses to treat such a large number of patients, it is possible that some patients may go untreated, said Dr Sheena, painting a dire image of what lies ahead. Based on the current trend, the country could reach that point within 21 days, said the doctor.

Dr Sheena revealed that the current estimations are made by decreasing the level of social distancing practised in the country by 50% based on the trends of the current positive cases. While the number of cases is expected to reach its peak within a month, Dr Sheena pleaded with the public to follow the strict guidelines to keep the virus from spreading and urged people to take the restrictions seriously.

Speaking at the news briefing, Spokesperson of NEOC Mabrook Azeez said the current situation in the Maldives is a consequence of the careless actions of the public and said the only way forward in the current situation is to take the strictest of preventive measures and following the instructions of authorities. The outcome of the situation can be changed with the collective effort of the public, said Mabrook.

The first case of COVID-19 (MAV21) was detected in Male’ city on Thursday, after a woman with no recent travel history, and no direct links to a positive case presented herself to the Senahiya Flu Clinic with symptoms of the infection. Authorities say the patient had over 200 direct contacts over a span of five days, out of which 75 are high risk contacts.

The average daily contacts of Maldivian patients exceeds the global average. Authorities believe over 100 unidentified positive cases could exist in the capital. While the capital city has been placed on a strict 14-day lockdown, inter-island travel has also been banned. The index case that led to local transmission has not been identified thus far.