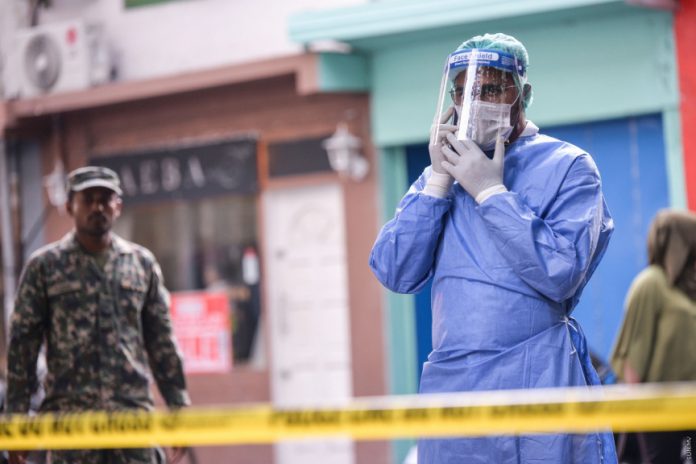 A local has tested positive after consulting with the flu clinic established in Male’ city. This is the first confirmed case of COVID-19 from the capital city, Male’.

Health Protection Agency confirmed the positive case in Male’ city, the individual is currently being transferred to an isolation facility. It is also the first positive case from an inhabited island in the country.

This marks the sixth Maldivian to test positive for CIVID-19, and the 21st confirmed case in the Maldives. HPA recently reported that three locals have recovered so far.

However, 16 out of the 20 have made full recoveries. Two Maldivian patients are being treated at designated quarantine facilities, whilst another two had been repatriated to their home country of Italy.

The epidemiological survey of the Maldives conducted had shown that a community spread of the virus in the Maldives could see cases increase to 98,501, according to HPA. The survey also showed that the country could suffer 10,891 deaths if the appropriate measures are not taken.