Kulhudhuffushi airport will be completed by the middle of next year, authorities have said, despite the government not yet hiring a contractor to build it.

Tourism Minister Moosa Zameer and other ruling party figures were on the remote island Sunday to inaugurate the project, which involves the destruction of mangroves.

Building the airport was a campaign pledge from President Abdulla Yameen in 2013.

But the lack of a contractor has raised concerns among some islanders that the project is a vote-winning stunt ahead of next year’s election. The only work under way is the mangrove reclamation being done by the Mahaa Jarraaf dredger, which belongs to the state-owned Maldives Transport and Contracting Company.

Local MP Mohamed Nasheed asked the government to continue with the reclamation work without delay to prove people wrong.

“People say: ‘Kulhi (mangroves) might be reclaimed. Mahaa Jarraaf might come here and reclaim it. But nothing will happen there after that. This is just something they are doing for now.’

“My request to the government is do what needs to be done, one thing after the other without a stop to change this belief,” he said at the inauguration ceremony.

“My hope is that when the land is reclaimed and the land has settled, the tar will be ready to be laid. When that is done the next thing is ready to be done. Everyone wants to be able to see the work of airport development continue without delays.”

The destruction of the white clay mangroves is controversial, with young islanders and environmentalists campaigning against the project.

The mangroves have been historically linked to the culture and livelihood of Kulhudhuffushi and remain a source of pride. Even now local women use the mangrove lake to soak coconut husks to make coir rope. 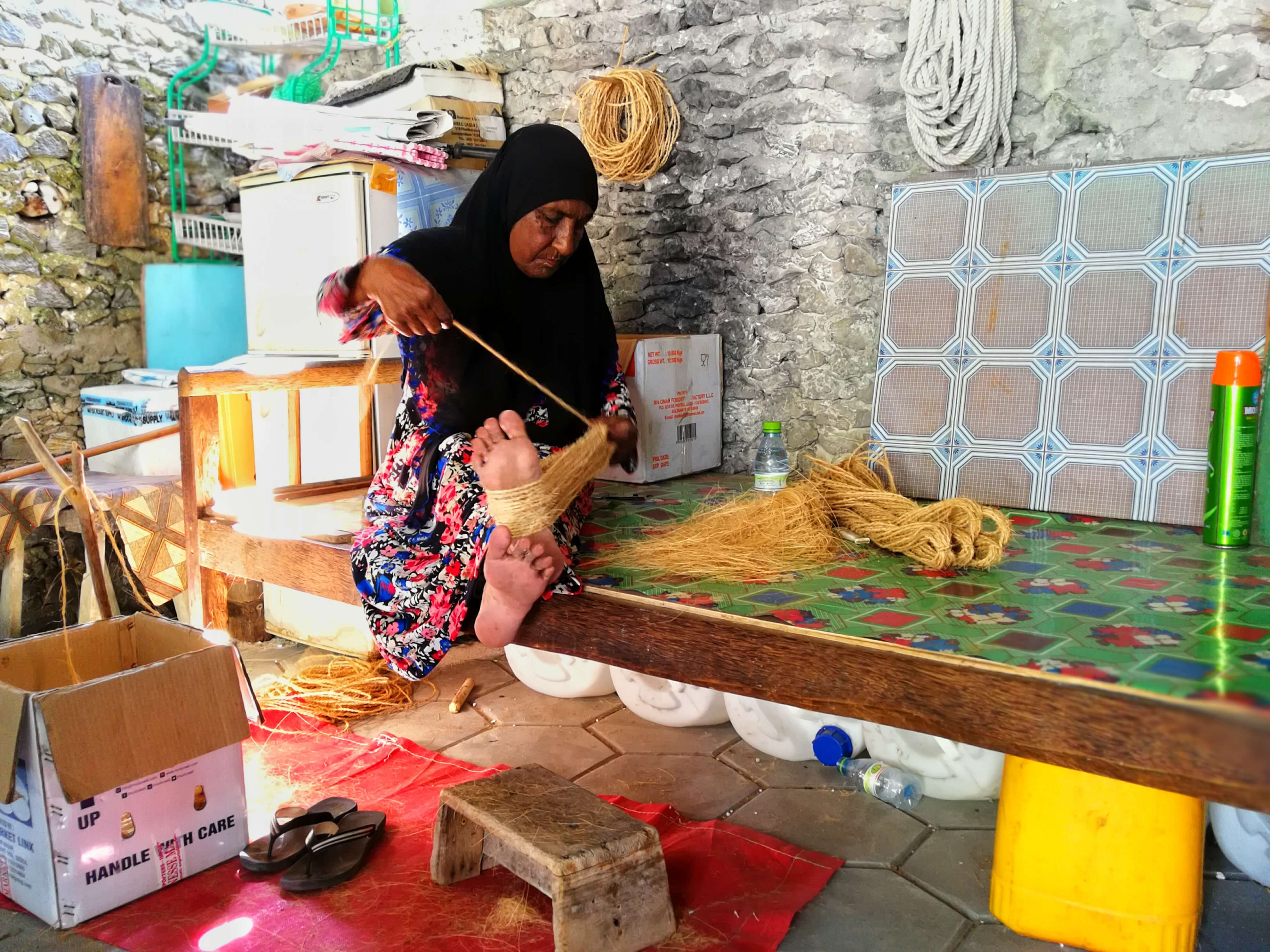 Environmentalists, meanwhile, point to the crucial role of the diverse eco-system in battling the effects of climate change such as providing floodwater mitigation, replenishing the freshwater lense and acting as a natural defense against disasters like heavy rains, tsunamis and tornadoes.

The tourism minister said concerns about the mangroves had been raised “not from the people of Kulhudhuffushi but the opposition party and people in other parts of the country”.

The airport project has also raised eyebrows because Hanimaadhoo International airport is 20 minutes away from Kulhudhuffushi on speedboat.

Zameer said there were indirect benefits of having an airport in Kulhudhuffushi.

The main opposition Maldivian Democratic Party (MDP), which has been muted on the mangrove reclamation despite positioning itself as an environmentally friendly party, said the current government would not build an airport in Kulhudhuffushi.

“Our party is extremely concerned that Yameen’s administration is tricking the people with acts of deception like this. We call on the government to stop carrying out such acts towards the people.”

The airport is supported by the MDP-dominated island council. The MDP lawmaker for Kulhudhuffushi, Abdul Gafoor Moosa, has not publicly commented on the project.