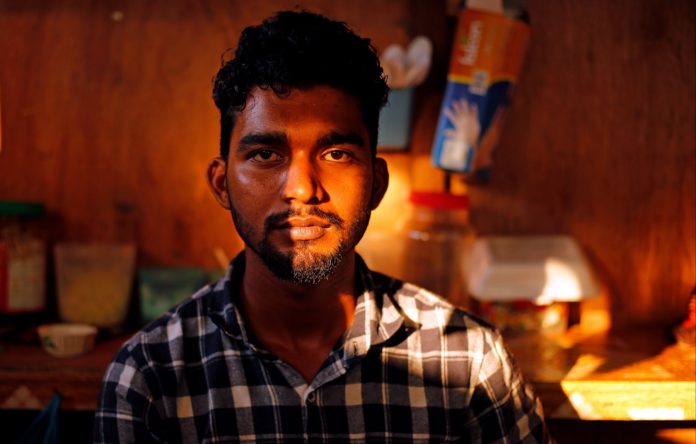 The Maldives is an island nation of approximately 500,000 people. The latest statistics of census reveal that the Maldives consists as many as 144,000 Bangladeshis working in the country, with one-third of them amounting up to 63,000 having no valid documents or registration. This is a major amount among all the expatriate workers in the Maldives as a whole. Without a doubt, Bangladeshi nationals make up the majority of the expatriate population of the Maldives and this number has been eventually rising every passing day.

Recently, problems have been uncovering in the country, as many companies and employers have left these expatriate Bangladeshi workers unpaid with their due wages and allowances over several months. This issue has, in turn, made the Bangladeshi migrant workers turn violent and involved in vandalism to resolve the problem. Individuals have become audacious regarding this matter, pointing it out as severe human trafficking.

Human trafficking is the trade of humans for the purpose of forced labour, sexual slavery, or commercial sexual exploitation for the trafficker or others. According to the United Nations, Trafficking in persons is a serious crime and a grave violation of human rights. Every year, thousands of men, women, and children fall into the hands of traffickers, in their own countries and abroad. Almost every country in the world is affected by trafficking, whether as a country of origin, transit or destination for victims.

In light of the issue, controversies have arisen on the social media platforms arguing on both sides of it. Some well-known figures such as Ahmed Arif, Chairman of Senior International, said: “the Bangladeshi Expatriate Workers Would never have struck the attacks, had they been were provided with the required payments and services.” According to Ahmed Arif the person to blame this time is the person who treated humans like servants.

Moosa Manik, (Reekomoosa), Former Vice-president of People’s Majlis said “it is possible for the country, especially at a time like this, to have difficulty arranging payments to the Bangladeshi Expatriate workers”

Some other parties took part in the conversation stating that the matter of unpaid wages is not just about a month, but about 7 months, which made the Bangladeshi workers strike. Some stress that it is important to look at this matter from the perspective of the workers and try to understand what might possibly have triggered this incident in the country.

Now, here is the million-dollar question to pose: Who is to Blame?

According to the Defense Minister of Maldives, Mariya Ahmed Didi, there are authorities and courts in the country such as the Human Rights Commission of the Maldives (HRCM) and Labour Relations Authority (LRA) to assist the migrant workers to fight for their rights.

In this regard, Ibrahim Sameer, Managing Director of Seaworld Maldives Pvt Ltd said, “The government of Maldives does not fully meet the minimum standards for the elimination of Human Trafficking” According to Sameer, Illegal recruitments are the reasons for Human Trafficking

Aahid Rasheed, an advocator for transparency accountability and rights, shares the information on migrant workers. According to him, migration legislation is difficult to access, is outdated, and is not formulated in a language that migrants could understand. “The Maldives still does not fully conform to the 2000 UN TiP protocol, as there continues to be a lack of SOPs for victim identification, protection and referral thereby preventing proactive identification of victims, which sometimes result in their deportation” he added.

Individuals show concern, saying employment agencies are one of the major facilitators of human trafficking in the Maldives. There have been callings on social media platforms, saying the agencies that allowed the exploitation of migrant workers needs to be shut down.

Perspectives may vary from person to person but, anyone can join in the fight against human trafficking. Unfair unpaid workers and human trafficking itself perhaps trust these three words: Prevention, Prosecution, Protection.