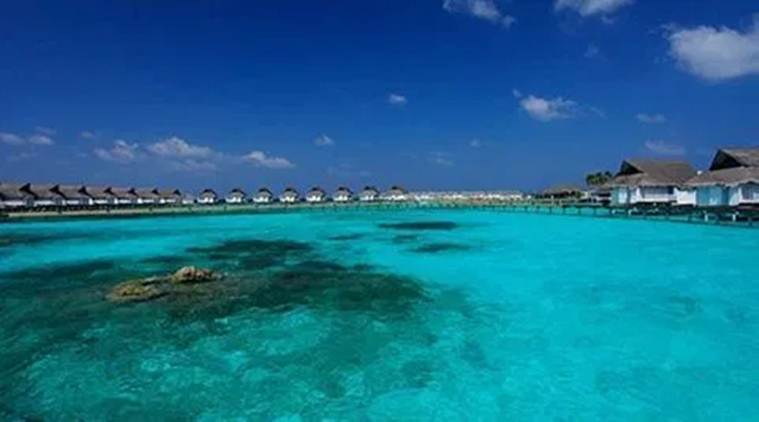 President Ibrahim Solih announced on June 23 that the atoll nation would reopen resorts on its islands on July 15.

India is considering establishing an air bubble or air travel bridge to the Maldives, which reopens for tourists on July 15 after a four-month shut down due to the Covid-19 pandemic.

The Maldives government has made a formal request in this regard to New Delhi, and an agreement may be reached in the next two or three days, The Indian Express has learnt.

President Ibrahim Solih announced on June 23 that the atoll nation would reopen resorts on its islands on July 15, and hotels in the populated centres, including in the capital Malé, on August 1. Visas will be free, on arrival, and there will be no compulsory quarantine.

As of July 11, the Maldives, which has a population of a little over 500,000, had 2,681 confirmed Covid-19 cases, of which 2,238 had recovered, and 13 patients had died. Since June 2, the country has had fewer than 50 daily positive cases – and even though this number rose to 64 on Saturday, it is considered a low corona-risk country.

Establishing the air corridor will send out a strong signal of solidarity with the Solih government and the Maldives, government officials said.

The economy of the Maldives, located to the southwest of India in the Indian Ocean, is almost entirely driven by tourism, which makes up 70 per cent of its GDP. The air bubble, officials said, would be a “special gesture” to a country with which India has had traditionally warm ties, but where in recent years, it has had to contend with growing Chinese influence.

While it remains to be seen how many Indian tourists might head to the islands at this point, the bubble will facilitate the return of some 6,000 Indians employed in the hospitality, health, and education sectors in the Maldives. They were evacuated by the Indian Navy to India in May.

As many as 25,000 Indians work in the Maldives. Only two years ago, when relations between the two countries had dropped to their lowest point during the emergency imposed by then-president Abdulla Yameen, job advertisements announced that “Indians need not apply”. Even those Indians who had got jobs before the crisis were not given visas. The matter was resolved in the months after Solih was voted to office in September 2018.

The Maldivian government is laying out the red carpet for tourists with visas on arrival (Indian tourists had this facility before the pandemic, too), and no tests except for those with symptoms on arrival. Those who test positive will have the option of isolating themselves at their resort.

According to Maldives media reports, 1,66,000 Indian tourists visited the country in 2019, more than double the previous year’s number. Only Chinese tourists arrived in bigger numbers (over 2,84,000).

Indian tourists will also be tested a day before their departure from the Maldives, which officials said was a gesture by the Maldivian government to ensure that infected persons were not sent back.

Any updates regarding this?