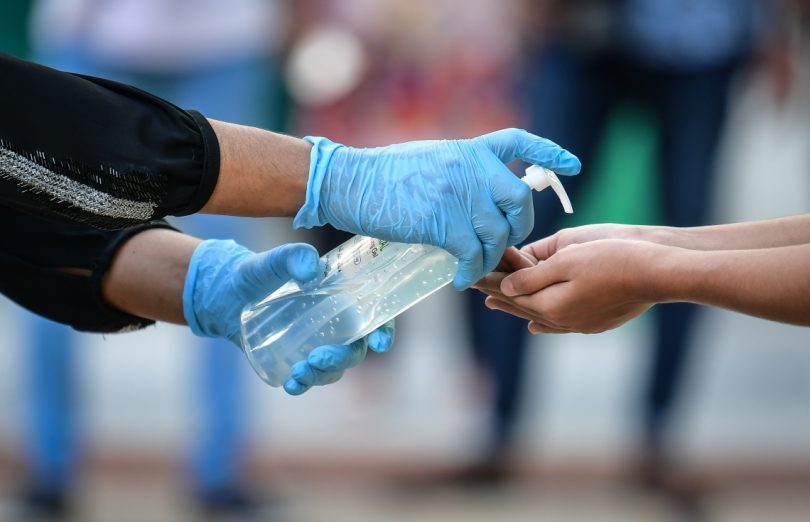 Technical Advisory Group (TAG), on Saturday, revealed that the analysis of weekly statistics collected regarding the COVID-19 response shows a spike in the spread of the virus within the community.

Speaking at the press conference hosted by Health Emergency Operations Centre (HEOC), TAG’s representative and Indira Gandhi Memorial Hospital’s doctor Ahmed Shaheed explained that the number of days taken for the COVID-19 cases in the Maldives to double in amount had decreased during the past week.

Between July 8 and July 14, the doubling time was recorded to be 39 days.

This is a sharp decrease from the doubling time of 116 days recorded during the last week of June.

Dr Shaheed announced that “shorter doubling time means that [the virus] is spreading at a faster rate” compared to three weeks ago.

The doubling time of the last week is the lowest number recorded throughout the COVID-19 health crisis in the Maldives, since the doubling time rose above 20 days after June 2.

Furthermore, Shaheed noted that the number of samples collected from flu clinics that tested positive have increased to nine per cent, compared to the average of five per cent recorded in the previous month.

A total of 76 samples out of 891 samples collected at flu clinics during the past week tested positive for COVID-19.

Dr Shaheed also expressed concern over the increasing number of non-linked cases identified within the week of July 8 to 14.

According to statistics, 30 per cent of individuals who tested positive in this duration has no link to any existing clusters.

“Increased trend in unlinked cases show that there is a wide community spread”, HPA warned.

Moreover, statistics also show that the highest ever number of hospital bed usage so far recorded in the Maldives was during the past week.

A total of 17 per cent of beds were occupied during the week, depicting that the number of cases that need to be hospitalised for treatment increased.

Referring to the aforementioned trends Dr Shaheed expressed concerns, stressing the importance of closely monitoring the COVID-19 spread in the Maldives.

He noted that the need to implement stricter measures may become necessary if the pandemic worsens, but stated that the current plan was to stick with the easing the lockdown in transitional phases.

Dr Shaheed stressed on the importance of following the guidelines issued by HPA in transitioning to the new normal, in order to reduce the number of infections.

Currently, Maldives records a total of 2930, with 546 active cases. Till date, the country recorded 2,354 recoveries and 15 fatalities.

After recording low numbers for several weeks, the recent spike of virus cases has reduced the total amount of recovered patients from 86 to 80 per cent.

Government offices and businesses including shops, cafe’s and restaurants restarted services on July 1 while authorities reopened Maldives’ borders for tourism on July 15.

On March 12, WHO classified the spread of COVID-19 as a global pandemic. To date, the new strain of novel coronavirus has infected over 14.3 million people and claimed over 602,000 lives around the world. However, out of those infected, more than 8.5 million people have recovered.