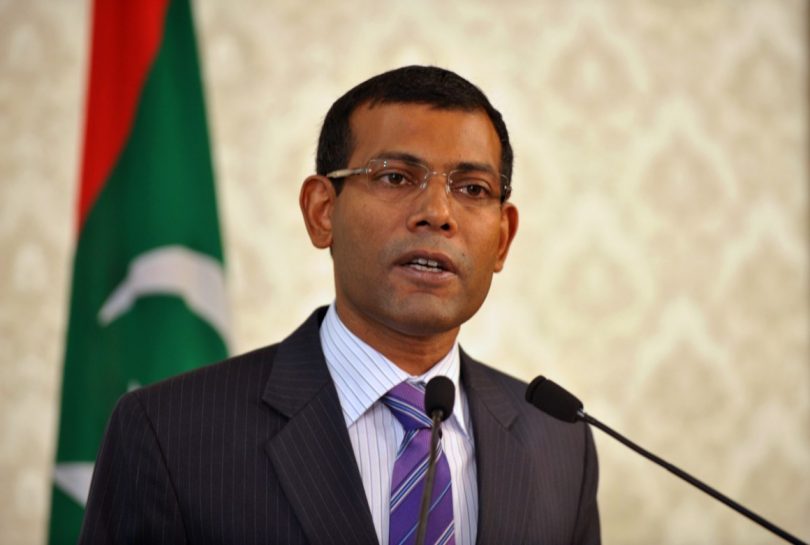 Nasheed will be in India at the invitation of a Delhi-based think tank on south-south cooperation. He is scheduled to speak at the conference on Friday.

Sources have said that so far, he does not have any scheduled meetings with Indian government officials.

His visit assumes significance as it takes place while the parliament in Maldives, Majlis, is under ‘siege’, with proceedings conducted on Wednesday with a military guard ringing the speaker.

Majlis has been in turmoil ever since the military was called in to ‘expel’ the opposition who entered the building to hold a vote to impeach the speaker on July 24. There were dramatic scenes as opposition MPs had managed to get into the complex, but were physically removed by soldiers.

India has not directly commented on the developments in the parliament of Maldives. However, in answer to a question at a weekly briefing, Ministry of External Affairs spokesperson had said that India wished to “see a stable, peaceful, prosperous Maldives in which aspirations of people are fulfilled”. “We continue to remain committed to provide our unstinted support for stability, development and democracy in Maldives,” said the spokesperson on July 27.

The Maldives opposition had not been happy at the public silence from India on the crackdown against protests and dissent by the Abdulla Yameen government. India had preferred to remain silent and give advice behind the door, rather than issue public pressure from the US and EU. However, there seems to be increasing frustration that the Maldives government is not understanding the gravity of the situation.

Nasheed had stepped down in 2012 after he was faced by a rebellion from a section of army and police officers, which the opposition have since described as a ‘coup’.

He was convicted for 13 years in March 2015 on terrorism charges for ordering the arrest of a judge during his presidency. Following his arrest, the opposition came on the streets of the Maldivian capital and also caused the Indian Prime Minister Narendra Modi to drop Maldives from his visit to Indian ocean island nations. Maldives is the only country that Modi has yet to visit in South Asia since he became the prime minister in May 2014.

Under pressure from Sri Lanka and India, the Maldives government allowed Nasheed to leave the country for medical treatment in January 2016. On reaching the United Kingdom, he applied for asylum and was granted refugee status in May 2016. After being granted a five year-long visa by the Sri Lankan government, Nasheed has since then travelled multiple times to Colombo from where he has coordinated opposition activities. Though other members of the Maldives United Opposition had been to Delhi to lobby for support, he had not visited India so far.