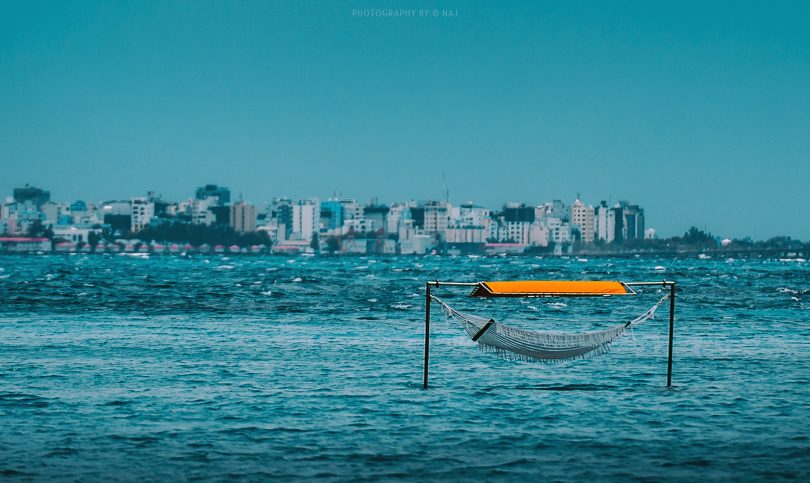 As he boarded a flight to the Maldives from London in 2012, Daniel Bosley had little idea of the island-nation beyond its tourist brochures and turbulent politics. He spent the next three years in a small apartment-turned-newsroom in the capital Malé with a tiny team of journalists from the Minivan News, keeping up with a dizzying news cycle – a presidential coup followed by months of street protests, a fiercely fought electoral battle and the eventual rise of a dictatorship. After a 60-hour week, all he wanted to do was to draw the curtains and watch a movie, set in a land (or galaxy) far, far away.

One day, while waiting at a doctor’s clinic, Bosley noticed a European man sitting next to him, dressed in a T-shirt and shorts, chatting on the phone in fluent Dhivehi. Bosley could not understand a word. It was a wake-up call. After all these years, Bosley was still an English speaker editing an English-language news website read mostly by English-literate foreigners. He had only visited a handful of the country’s 1,192 islands and knew little of its culture beyond the capital.

In 2015, Bosley stepped out of his editorial role. With the help of his friends, the television and a dictionary, he taught himself Dhivehi. He fell in love with Aishath Naj, a photographer. They were married in 2016.

This April, armed with a notepad, a lens kit and a drone camera, the couple set off to visit each of the country’s 192 inhabited islands. Since then, they have visited 25 islands and published over 100 stories on the evolution of a unique culture in the Indian Ocean, “as seen with a Maldivian’s eyes and an Englishman’s words”. 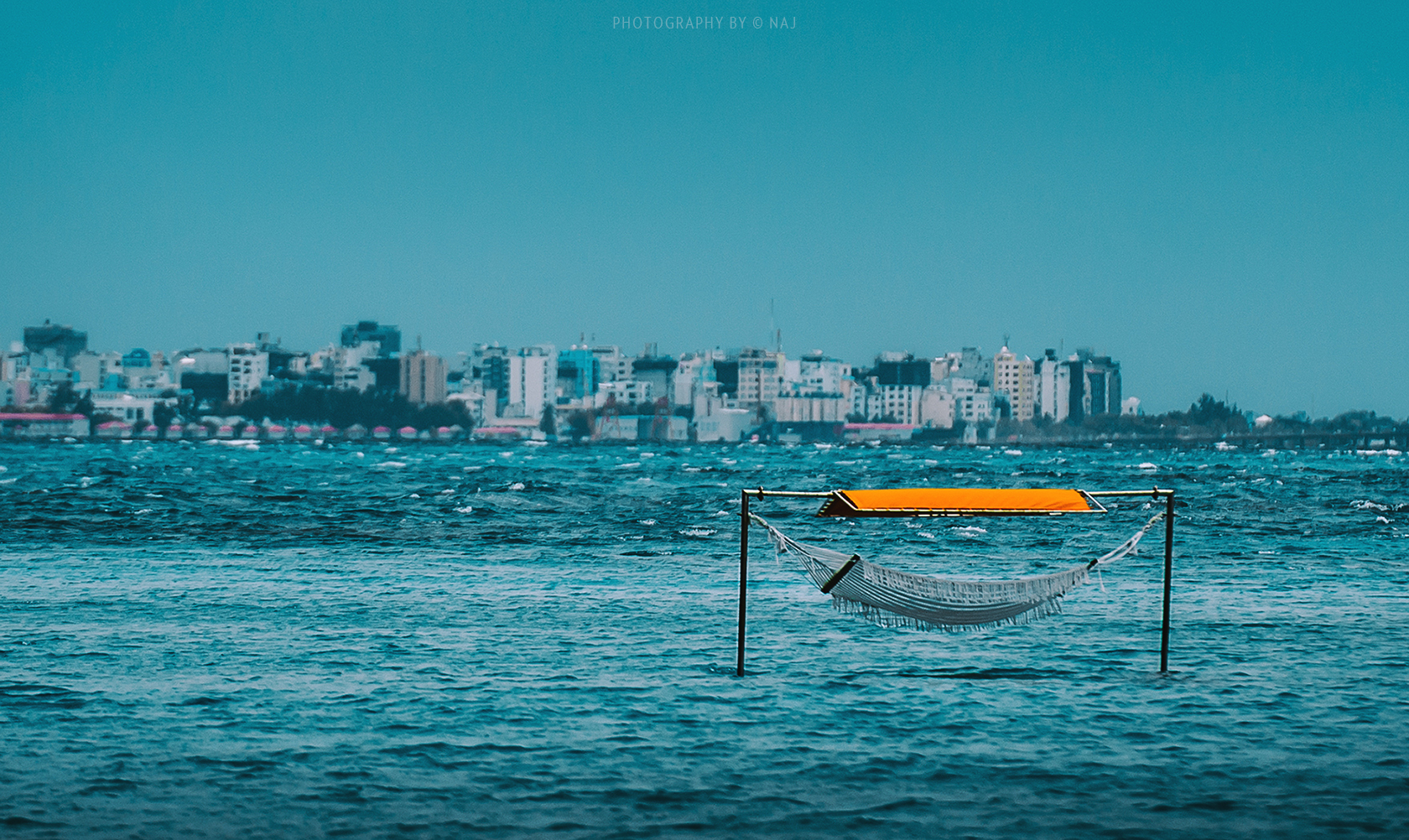 Rising sea levels threaten to sink the low-lying islands by the end of the century.

Except for a handful of books, documented history is hard to find in the Maldives. Its diminutive size (Malé, for instance, has a total area of 6 square km), remote location (the nearest country, Sri Lanka, is nearly 1,000 km away) and self-imposed isolation have deterred many – the country opened up its 192 inhabited islands to visitors only in 2008. A decade later, “the coverage is increasingly polarised between depictions of a picture paradise or a political pantomime,” said Bosley. But he soon realised that this gap was just as much a blessing for his endeavour as a curse.

The Maldives consists of 26 atolls (ring-shaped coral reefs with a chain of islands) spread over roughly 90,000 square kilometres of ocean. The couple started from Addu, the southern-most atoll, aiming to make their way north, experiencing the famous Maldivian hospitality they had heard of en route. They would make friends on an island, who then connected them to acquaintances on the next one. Soon, they were cruising around the atoll, passed on from a cousin to an uncle to an old acquaintance.

But while hosts were readily available, transport was not. The more remote islands, some with a population of just around 300 people, could only be reached a couple of times a week by cargo vessel. A temperamental ocean often defied the savviest of predictions. 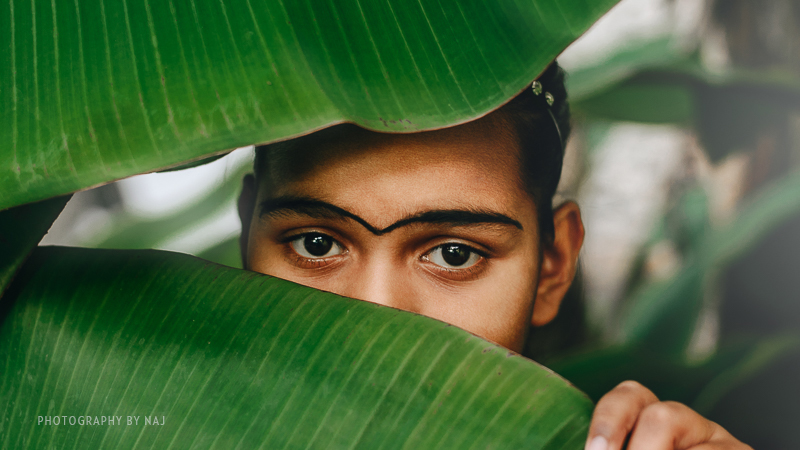 Till recently, many Maldivian parents would fill the gap between their children’s eyebrows as a beauty tradition.

But where they lacked in accessibility, these islands more than made up in stories. All the couple had to do was find an old man and a joali (traditional coir-chair resembling a hammock) and the stories would start to flow. Soon, they had learned of the Maldives’ Buddhist history, its indigenous medical tradition, and the secret recipes of Ramzan. They had even got a glimpse into the world of Maldivian sorcery. But there were times they wondered if what they had heard were tall tales or history. Was the beautiful girl from Gaafu Alif Villingili really burned alive by her spurned admirers? Did an island in Huvadhu really become extinct because of black magic?

Much as he tried, Bosley often hit a wall while fact-checking. Many storytellers would recall the most colourful details of an incident but when asked when it had happened, they would simply say, “A long time ago.”

Bosley wrote in one of his stories:

“In a country like the Maldives, very little has traditionally been written down, and what is recorded is seldom trusted. As a result, fact, fantasy and fanditha [a Dhivehi term for black magic] still converse regularly to produce the islands’ stories.”

Nevertheless, over the past six months, Bosley has compiled stories across several topics: the historical (the country’s conversion into an Islamic republic), the political (Japan’s capture of Maldivian sailors during the second World War), the cultural (the unibrow as a beauty tradition) and the contemporary (first generation female cricketers). His crisp, often cheeky write-ups range between travelogues, satire, factual-fiction and long-form. Accompanied by Naj’s photographs, they are published simultaneously in a local newspaper, Mihaaru, and the project’s website Two Thousand Isles, named after 20th century ethnographer TW Hockly’s estimate of the number of Maldivian islands. 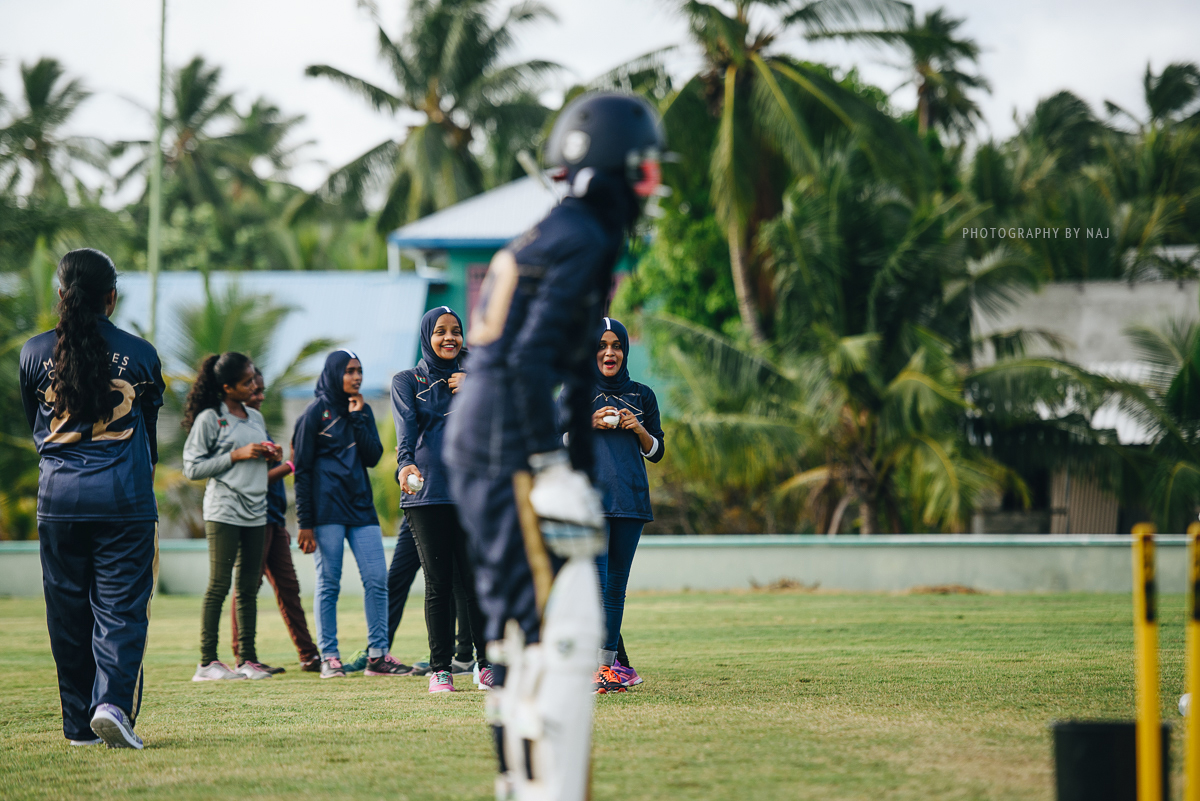 While the project began in collaboration with a few sponsors from the business community, the couple have found it increasingly difficult to sustain it in recent months. For all their research and an active social media presence, their readership hovers around a few thousands. Every time Bosley visits his family in the United Kingdom, he realises just how little people know about the Maldives beyond a vacation getaway.

“But it is a privilege to write something very few know of,” he said.

And then there are the rising sea levels that, at the current rate, threaten to sink the low-lying islands by the end of the century. “And when that happens, hopefully what we have done will survive,” he added.