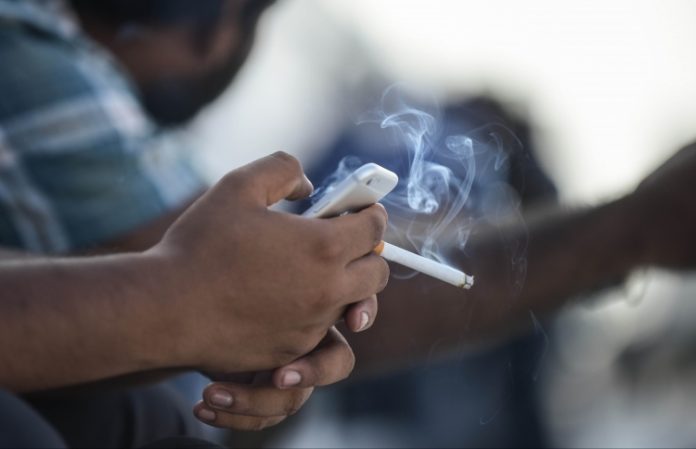 A tax is a compulsory financial charge or some other type of levy imposed upon a taxpayer (an individual or legal entity) by a governmental organization in order to fund government spending and various public expenditures.

Amendments by Gan MP Mohamed Wisaam was assessed by The Parliament’s Whole House Committee. Central Hithadhoo MP Mohamed Rasheed proposed to reduce the duties during the discussion. The chapters presented by MP Rasheed covered a lot, including chapter 96 which covers the goods regarding the duties.

They include tobacco products from which a 200 percent duty is currently levied. However, 50 percent of the duties will be reduced if the goods are imported to the ports in the south and north of the country. The proposal was passed with a vote of 54 MPs.

In light of this, Ahmed Arif tweeted saying “the import duty of an energy drink container is 500,000/- and when this container is taken to a regional port through the port of Male’ to Kulhufushi/Addu Hithadhoo Port, the duty is 250,000/-. After paying 250,000/- to the Government, the port gets a remainder of 7000/-. This does not sound right ”

Replying to the tweet of Ahmed Arif, a social media personality stated that “it does not matter as long as the price of products brought to the regional ports is monitored properly and if the region gets profited from it”

Why did the government decide on these ports? Why not the port of Male’? What could be the motive behind the decrease in Tobacco Tax in the Maldives?

At a time where other countries are taking effective measures on increasing the tax on tobacco items, the topic has become quite controversial among the youths of Maldives since the government declared to decrease the tax taken from tobacco items. Youth and young adults are two to three times more likely to respond to changes in prices than adults. Young people are more responsive to tax increases for several reasons, including their lower incomes, which make them more price sensitive.

Specifically, decreasing tax on tobacco items could result in its own pros and cons.

“Some of us are missing the intermediaries, the processes, and jobs that go with it. Eg: Customs, Security, Logistics, Transport, supply chain such as fuel, and lower consumer cost at the regions (usually reversed). Comparing just tax income is barely scratching the surface.” expressed a young man on twitter.

“When the selling price decreases due to a lower tax, it becomes affordable to buyers. This could generate more income and create a little inflow of cash within the country. How? As highlighted earlier the mass pollution of tobacco consumers are the youths. A lower tax rate on these items will, in turn, encourage the consumers to initiate buying and increase consumption” highlighted a businessman. ” These are the basics which we will see happening and what we can already predict. Because that is consumer behavior. And that might as well be the motive of this tax decrease”

As per the information provided, the duties on tobacco items will be reduced by 50 percent if imported to the regional ports in Kulhudhuffushi and Addu City. On the Brightside, this could actually grow business in those particular areas of the country and generate profit. It could also help unemployed people to find jobs.

Pros aside, on the flip side of the topic, lies some significant impact that is likely to cause different issues. The decrease in tax for tobacco items will without a doubt, encourage its buyers. As tobacco products become more affordable and available to their consumers, the amount of consumption and purchase increases resulting in possible health issues.

As per information, the Health Ministry holds a policy aiming to decrease the consumption levels of tobacco in order to promote a healthy society in the Maldives. Hence, the decrease in tax, of tobacco items will impact the policy by the Ministry of Health leading to unhealthy debates on the topic.

Every circumstance results in its own negative and positive consequences so it is perceptible the situation would create a similar situation for like-minded and unlike-minded people within the community.

So what do you think is the government motive behind decreasing tobacco tax?

Deciding the side of scale weighs on the topic, is in the hands of you. So it is perhaps the right time to give it a good thought to come up with the healthiest option for you, as an individual, as a citizen, and as an exemplar.