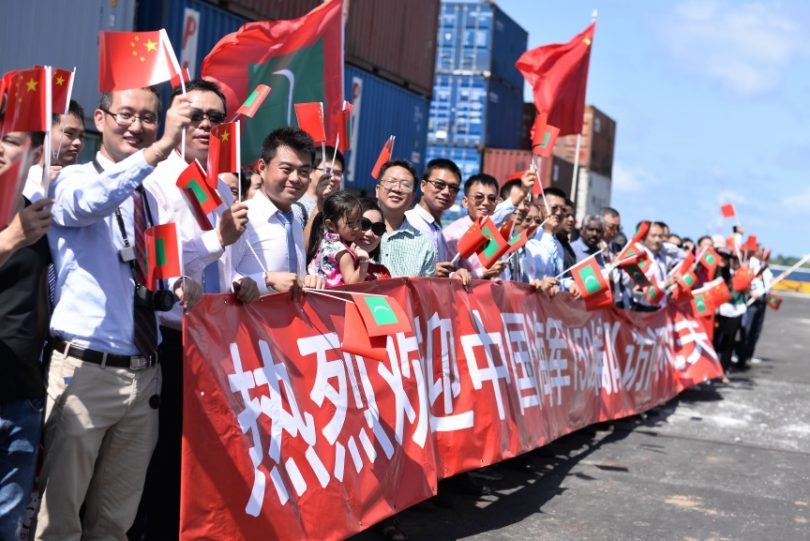 Three Chinese navy ships arrived in Maldives this Sunday in a friendly visit.

Chang Chun is currently harbored at the Male’ Commercial Harbor.

The three navy vessels were dispatched on a peace mission by President of China, Xi Jinping on April 23, 2017. It is set to visit 23 countries and conduct maritime training in collaboration with the militaries of the countries.

The ships will stay in Maldives for five days.

The ships were welcomed to Maldives by Coastguard Commander Colonel Mohamed Ibrahim, heads of the Maldivian Coastguard, and officials from Chinese companies involved in projects in Maldives. 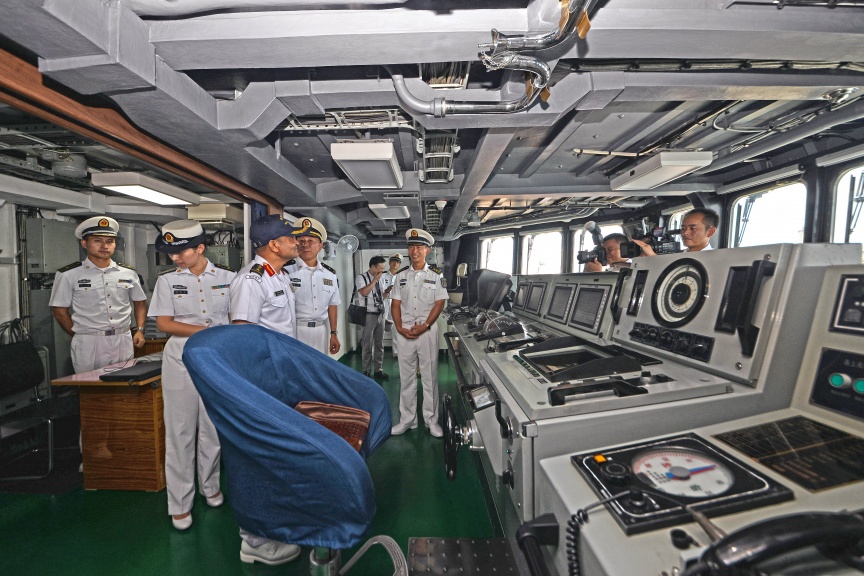 Speaking during the function held on board the Chang Chun this Sunday, Colonel Mohamed Ibrahim said the relations between Maldives and China were age-old, and that it needed to be nurtured and strengthened.

He also expressed gratitude towards assistance provided by China and other countries to deal with environmental damage – which noted was one of the biggest challenges facing the country. 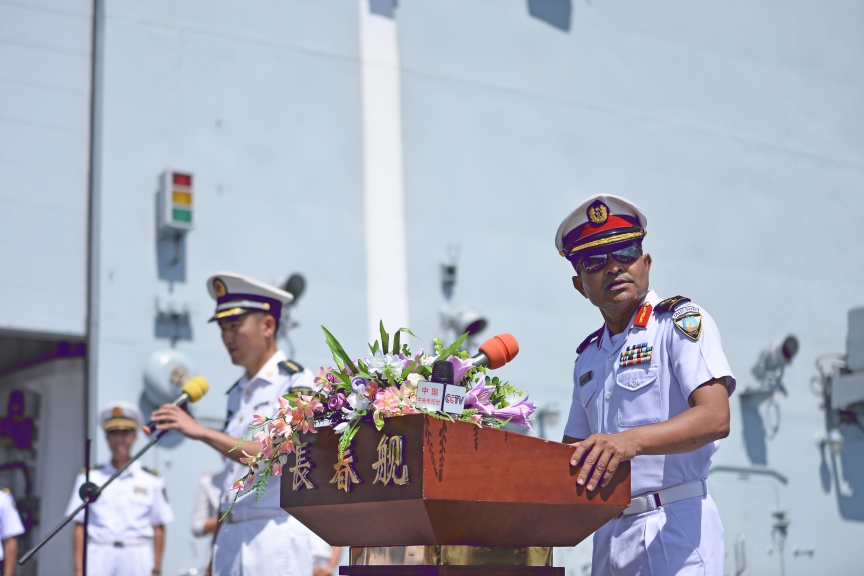 Maldives National Defense Force reports that the Maldivian military was set to hold training programs in collaboration with sailors on board the Chinese navy ships. The sailors will also be visiting the Girifushi Training Center, and some of the MNDF area headquarters.

MNDF officers and the Chinese navy officers are to also engage in friendly sporting events.