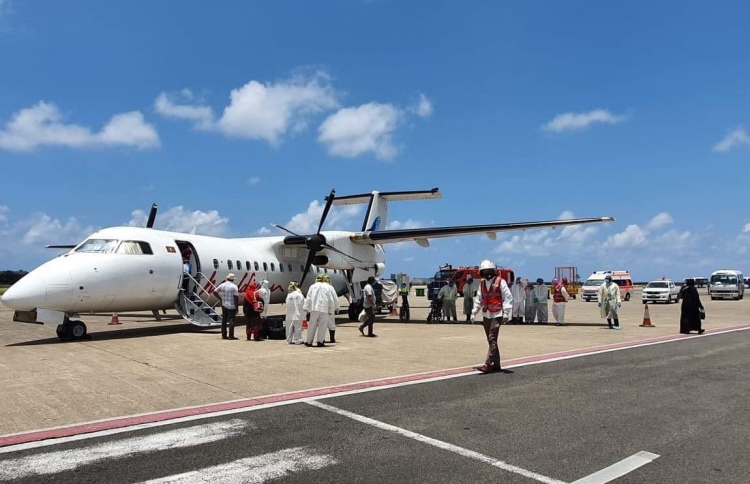 Ministry of Foreign Affairs announced on Wednesday that 200 Maldivian citizens will be repatriated from nine cities of India in the upcoming week.

According to the ministry, they will be evacuated on a chartered flight by the national airline Maldivian, scheduled to travel from Male’ to Delhi to Trivandrum before returning to Male’ again.

Since the flight will only land in two cities, the Maldivian High Commission in Delhi and Maldivian Consulate in Trivandrum will aid in transporting locals from the seven remaining cities, Punjab, Kolkata, Gurugram, Rishikesh, Vellore, Chennai and Kochi, to the points of evacuation.

The ministry stated that Maldivians repatriated in this flight will include those who travelled for medical purposes and had their flights cancelled, are no longer receiving adequate treatment for long-term illnesses, residing in India on a short-term visa, and residing in remote areas where repatriation proves challenging.

All the locals repatriated on this flight will purchase tickets from Maldivian airline, and will be quarantined for a period of 14 days upon their return to the Maldives.

India currently records a total of 49,391 COVID-19 cases, of which 14,183 have recovered. The country, that has now confirmed 1,694 virus deaths, has been under a nation-wide lockdown implemented by the Indian government since March 21.

Ministry of Foreign Affairs assured that flights will be chartered in the future to rescue and bring back more Maldivians stranded in foreign countries.

Prior to this, repatriation efforts were carried out to bring back Maldivians stranded in Nepal, Bangladesh, India, Sri Lanka, Malaysia and the United Kingdom as well.

The World Health Organization (WHO) has classified the spread of COVID-19 as a global pandemic. The new strain of novel coronavirus has infected over 3.7 million people and claimed over 259,358 lives around the world. However, out of those infected, 1.2 million people have recovered.