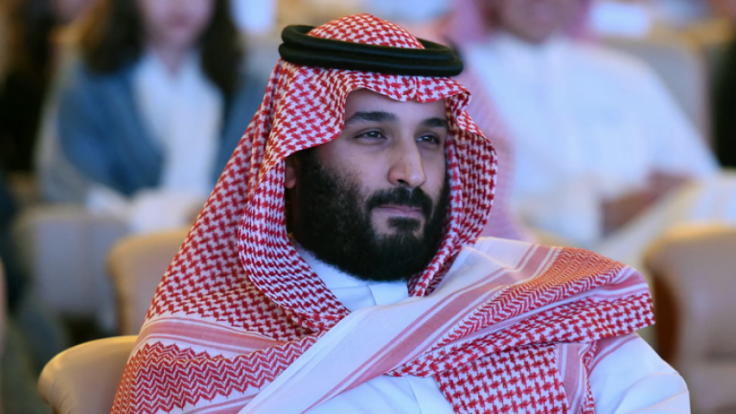 The Crown Prince of Saudi Arabia, Mohammed bin Salman, is in the limelight after a new book has revealed scandalous and salacious details about his escapades. The book, written by two American journalists from Wall Street Journal – Bradley Hope and Justin Scheck – is titled ‘Blood and Oil: Mohammed bin Salman’s Ruthless Quest for Global Power’.

The sensational book offers a shocking look into the very lavish and almost hedonistic lifestyle of the virtual ruler of Saudi Arabia. According to some excerpts from the book published by news outlets, not only is MBS’ happy to splurge gobsmacking amounts of money for the entertainment of himself and his friends, he is happy to indulge in activities that would shock a devout Muslim.

The excerpts mention an extremely lavish holiday gala organised by MBS in Velaa, a privately-owned island in the Maldives, in July 2015. This particular island is a luxurious resort known for its unique villas, perched on top of stilts placed in shallow waters of the sea. To ensure that he and his friends are not disturbed, he rented the entire resort for around a month.

This cost $50 million but that wasn’t all. The entire staff comprising around 300 people were also going to get a $5,000 bonus. But these staffers had to ensure that there was complete privacy and were not allowed to bring smartphones on to the island.

But this is just the beginning of the story. What would cause extreme shock to many is that this man, who is now the de facto ruler of the country which houses the two most sacred sites of Islam, got around 150 beautiful women from countries like Brazil and Russia to come to the party as well.

If you are wondering what their role in the festivities was, it may be useful to know that they were, immediately after their arrival, taken to a medical facility and tested for sexually-transmitted diseases.

Great quantities of liquor were also procured and consumed freely by everyone, another very un-Islamic activity. On top of that, parties that went on all night long with loud music were a regular feature of the time these royal people spent at the island. But these were not ordinary parties. They featured performances by top international stars such as Pitbull and DJ Afrojack. Korean sensation Psy, of ‘Gangnam Style’ fame was also there.

The Crown Prince was front and centre of the merrymaking and the book mentions an incident where, when Afrojack was performing, MBS got on to the stage and started working the tunes on DJ table, much to the bemusement of Afrojack. There have been reports that even Shakira and Jennifer Lopez were supposed to perform for the exclusive party.

But the wild festivities had to be stopped after news of the events leaked. MBS quickly left the venue. But this wasn’t the end of his extravagant partying. He then purchased a superyacht which was 439 feet in size. It was so big that it had its own movie theatre, helipads, underwater facilities, etc. MBS splurged another $500 million for this yacht.

To have even more luxury on land, Crown Prince’s team also purchased a grand chateau in France. It was a large, sprawling establishment with all the accoutrements that a middle-age royal would have been proud of. This cost another $300 million approximately. The party goes on for the future King of Saudi Arabia.