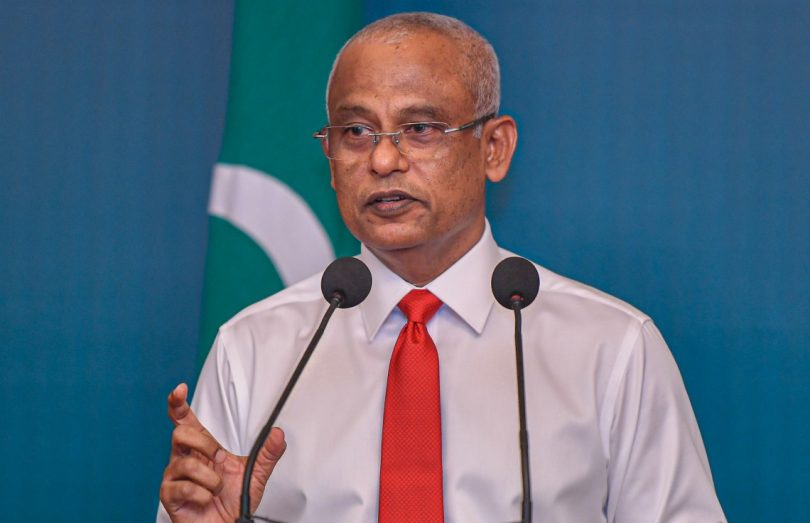 Stating that negotiations on tackling the economic repercussions of the worldwide crisis were ongoing with concerned organisations, banks and other financial institutions, the president affirmed that the government was currently working to seek assistance from Asian Development Bank and OPEC as well.

In his first press conference since the outbreak first reared its head, the president confirmed that the government’s policy at this time was to pump funds into the economy, and borrow where possible.

Adding that the state would prioritise saving jobs and providing salaries over cuts and redundancies, he further encouraged private businesses and entrepreneurs to follow suit.

According to the president, the state is currently in discussion over adjustments in repayment schemes with countries that have previously extended loans and credit lines, to potentially aid the country’s financial recovery.

With the country’s economy incurring a serious loss of revenue in the tourism sector, President Solih noted that the government will help locals in need through loan schemes and moratoriums. Shedding light on some of these measures, President Solih noted that Bank of Maldives (BML), Housing Development Finance Corporation (HDFC) and SME Development Finance Corporation (SDFC) have differed loan repayments by six months in addition to other steps.

As over 70 per cent of the country’s GDP is attributed to revenue generated by the tourism industry, Maldives’ economy faces severe repercussions thanks to travelling restrictions imposed over COVID-19 fears. It is also reported that the country is, as a result, currently facing a shortfall of approximately USD 450 million in foreign currency.

Experts estimate that the global economy may continue to take even more hits as COVID-19 continues to spread at an alarming rate around the globe.

The World Health Organization has classified the spread of COVID-19 as a global pandemic. The novel coronavirus has infected more than 440,326 and claimed over 19,752 lives around the world. However, out of those infected, more than 112,028 have recovered.

The Maldives now has 13 confirmed and five active cases of COVID-19, with a total of eight recoveries. So far, only tourists and resort employees have confirmed infections in the Maldives with no record of local transmissions within the country. The first Maldivian tested positive for the virus in the United Arab Emirates (UAE).