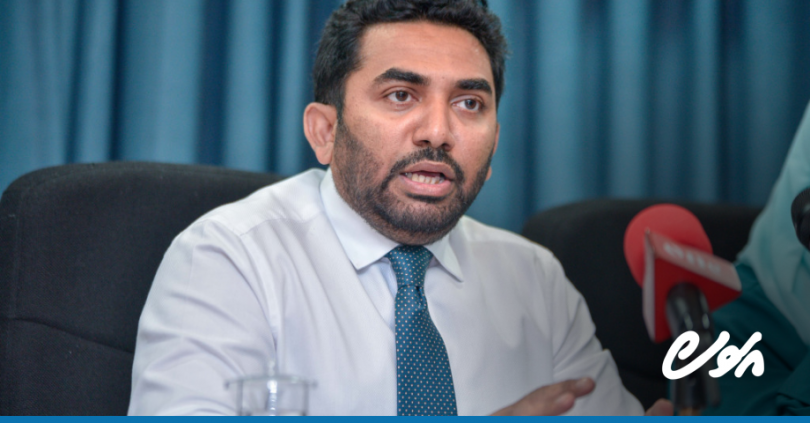 Health Minister Abdulla Ameen has called on the public not to consider the suspension of the curfew imposed in Male’ area as a relaxation in the efforts to rein in the contagion of COVID-19.

Ameen said although the curfew has been lifted, restrictions on congregations of more than three people being out in public is still in place. He stressed the importance of following the HPA’s directive.

The Health Minister said although no community spread of COVID-19 has been identified in the Maldives thus far, it would be a mistake to believe there is no danger of COVID-19 to the Maldives. He urged the public to stay vigilant and requested any persons who develop symptoms of the disease to inform the authorities without delay.

“Taking into consideration the studies being conducted [on the pandemic], we cannot say the virus is not present [within the community]. We have not had any dangerous incidents or news over the past few days; this could cause a relaxation in remaining vigilant. It is still too early to say the situation in the Maldives is not dangerous,” said Minister Ameen.

Ameen said COVID-19 has not spread as much as anticipated in the Maldives due to the stringent measures undertaken by the government to avoid contagion, and the situation continues to remain controlled. However, a fresh resurgence of infections has been recorded in some countries after the initial spread was controlled. Therefore, it is extremely important to remain home and not flout the restrictions imposed, said the minister.

Speaking at the press conference, Dr Ali Latheef said many people were observed out and about after the curfew was lifted. This is not the response the authorities hoped for from the public, said the doctor.

“There is no point of a curfew if such a large number of people venture out. Sometimes, we feel the seriousness of the situation is not understood. If the public continues to mingle this way, infected persons will carry the virus to other people,” he added.

Dr Latheef said although the curfew has been lifted, he urges the public to remain at their homes and only leave the house for essential needs. He also warned against going out for coffees and other such recreational activity. The doctor said one of the major concerns that were discussed before lifting the curfew was the possible relaxation in the behaviour of the people.

The authorities do not currently see the need to extend the curfew as there is no community spread at the moment, said the doctor. However, if any community spread is identified, a 24-hr curfew could be imposed, warned Dr. Latheef.