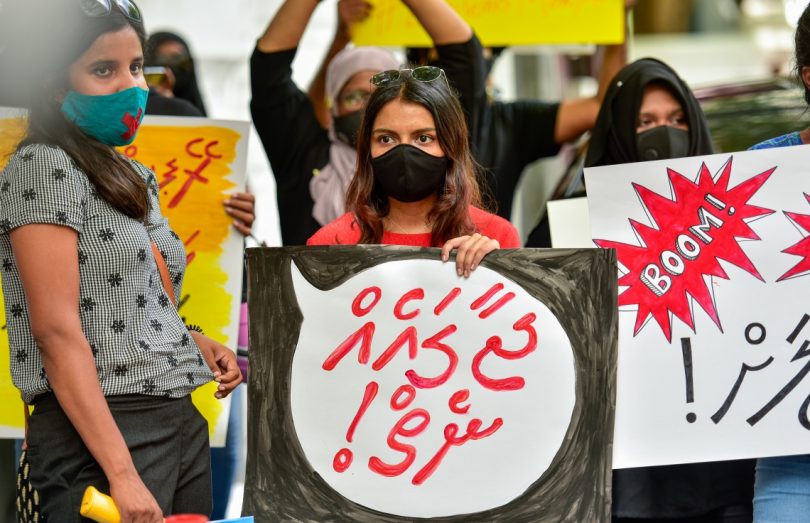 Riza and Co LLP, representing the Kenyan woman who was sexually assaulted aboard a safari docked at Hulhumale’ lagoon, requested relevant authorities, on Saturday, to take action against local media outlet Mendhuru Online.

According to a statement revealed by the lawyers, formal letters were submitted to Maldives Police Service, Ministry of Home Affairs and Maldives Media Council (MMC).

The issue was filed over Mendhuru Online’s failure to remove the statement published on their website on July 22, claiming that the victim’s story was narrated by former Attorney General Azima Shukoor, who has since denied any involvement and lodged the matter of false allegations to police authorities later on Wednesday.

“We had stated in a publicly issued press statement by our firm on 23 July 2020, that this reference to our client is a false allegation and accordingly, we had demanded Mendhuru Online to remove the statement, effective immediately”, the law firm asserted.

However, Mendhuru Online’s statement continues to be up on their website even now.

On July 23, the law firm had requested all media outlets to seek permission before publicizing narrations concerning the case, including print, broadcasts, printed news or online publications. Riza and Co LLP asserted that any media reports released without clearance would be subject to legal action.

Noting the possibility of revictimization and causing further distress to the victim, Riza and Co LLP also urged the public and concerned individuals to respect the victim’s privacy by avoiding any attempts to directly or indirectly contact her.

According to Riza and Co LLP, legal assistance was extended to the victim on a pro bono basis with consideration to the prevalence of sexual offences in the Maldives and the lack of public confidence in official government channels concerning such crimes.

In addition to the police, the Parliament, the Ministry of Gender, Family and Social Services, the Human Rights Commission of Maldives (HRCM and the National Integrity Commission (NIC) were informed that all future communications with the victim are to be conducted in the presence of her attorneys, Shafeea Riza and Noorban Fahmy.

During a press conference held on July 16, Maldives Police Service had also reiterated that initial media reports on the case, published by Mendhuru, were unreliable as the victim had denied providing them with an interview.

Throughout the press conference, police maintained that the Kenyan woman was a victim of sexual assault, although Mendhuru Online had reported that she was raped aboard the safari.

Highlighting that Mendhuru was not a registered media outlet, Chief Inspector Azma stated that the victim expressed concern over the outlet’s claims and requested that her photographs be removed from their website.

Mendhuru Online has now removed the initial article published on its website, detailing the victim’s experience.

Thus far, neither Maldives Media Council nor the Ministry of Home Affairs, under whose jurisdiction falls issues concerning media registration and matters related to digital and print news, have issued any statements regarding Mendhuru Online, their verification process or editorial policies.