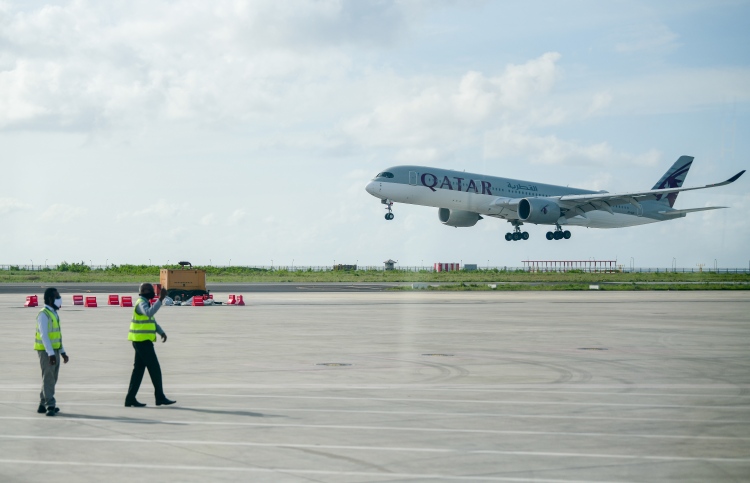 Velana International Airport (VIA) revealed an increase in international air traffic movements since the Maldivian government reopened its borders on July 15.

As per VIA’s statistics, a total of 432 international air traffic movements were recorded in August, compared to the figure of 196 reported for July.

Additionally, the number of domestic flight movements through VIA reached 326 in August and 191 in July.

The total number of arrivals at VIA also sharply increased between July and August, spiking from 2,890 to 11,186.

According to Maldives Immigration, 9,329 of the aforementioned arrivals were tourists.

The Maldives has noted a significant reduction in tourist arrivals compared to pre-COVID figures, with arrivals for July 2020 representing only 1.3 per cent of those recorded in 2019.

Although the Maldives reopened borders with extremely lenient guidelines, the government recently announced that, in a move to strengthen safety measures, tourists will be mandated to present a negative PCR certificate upon arrival from September 10 onwards.

However, Minister of Tourism Dr Abdulla Mausoom has stated that the government is expecting an additional 100,000 tourist arrivals before year-end.

As with numerous countries around the world, in the wake of the ongoing COVID-19 pandemic, Maldives closed its air and sea borders to tourist arrivals on March 27, halting the issuance of on-arrival visas until July 15.

The restrictions on international travel left Maldives’ heavily tourism reliant economy in an extremely vulnerable state. In mid-April, the World Bank projected that the Maldives would be the worst-hit economy in the South Asian region due to the pandemic.

Overall, the Maldivian government estimates a shortfall of approximately USD 450 million (MVR 6.9 billion) in foreign currency and a state deficit of MVR 13 billion in 2020 as a result of the COVID-19 pandemic’s impact on the tourism industry.