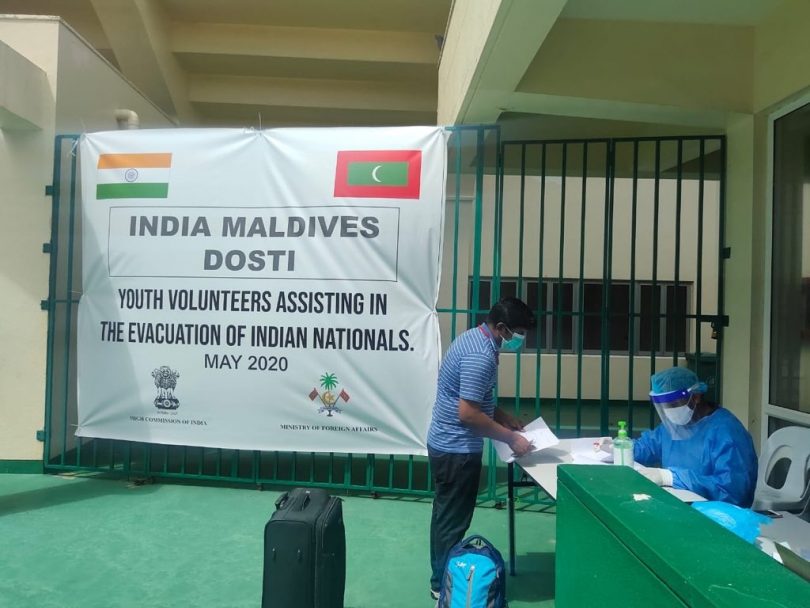 As part of Vande Bharat Mission, the first Air India flight from Maldives capital of Male has departed for Bengaluru with 152 Indian nationals. Another Air India flight will fly to Delhi tomorrow. Today’s flight is carrying people domiciled in Karnataka and some from Tamil Nadu and Andhra Pradesh while Delhi flight will carry people from Delhi, Haryana and Chandigarh.

Indian High Commission in Male said that priority would be given to those facing deportation by Maldives Government, medical emergency, pregnant women, elderly, stranded tourists and people affected by family emergencies like deaths.

Talking exclusively to AIR News, India’s High Commissioner to the Maldives, Sunjay Sudhir spoke of the arrangements being provided to the passengers. He said elaborate arrangements have been made by the airlines for the stranded passengers and for their safety.

He said that evacuation will continue with more such flights and Indian navy ships. Earlier, around 1,500 Indian nationals were evacuated from the neighbouring country by three Indian navy ships as part of Samudra Setu Mission.