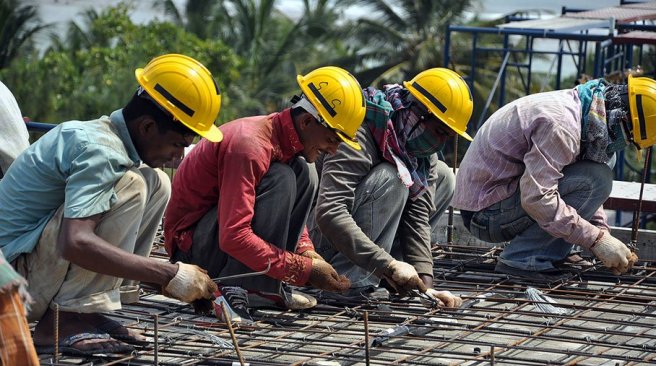 More than 300 undocumented Bangladeshi migrant workers have reportedly applied for their voluntary repatriation from the Maldives amid fear of coronavirus outbreak in the island nation.

The development came a day after Bangladesh Foreign Minister AK Abdul Momen reportedly said four to five countries including the Maldives have reached out to Bangladesh to take back undocumented nationals from their respective countries.

According to the Sun Online report, the Maldivian government will issue travel documents for the undocumented workers with the assistance of Bangladesh embassy and also bear the workers’ travel costs.

Meanwhile, Maldivian National Emergency Operations Center on Sunday announced that the Maldivian government had initiated an operation to temporarily relocate migrant workers who are living in congested shared quarters in order to protect the migrant population from a potential Covid-19 outbreak, says the report.

The Maldives has a population of some 200,000 migrant workers, most of whom are from Bangladesh, and live in congested shared quarters in the capital, Male’, it says.

The migrant population has been noted by the Human Rights Watch to be particularly vulnerable to a highly infectious disease such as COVID-19 “because they live in congested shared quarters and do work that does not make it possible to practice strict social distancing.”

On bringing back expatriate Bangladeshis, Foreign Minister AK Abdul Momen on Sunday said the government will take steps case by case, considering the ground reality, according to UNB.

Dr Momen said though the number of countries which came up with the request is few, it is a pressure on the government at this critical moment.

He said the foreign minister of Maldives had a phone conversation with him, where he conveyed the situation about the undocumented Bangladesh nationals.

The Maldives foreign minister highlighted the downfall of tourism business and closure of restaurants there, and assured his Bangladesh counterpart of taking good care of the documented nationals.

Maldives initially urged the undocumented nationals to get registered, he said.