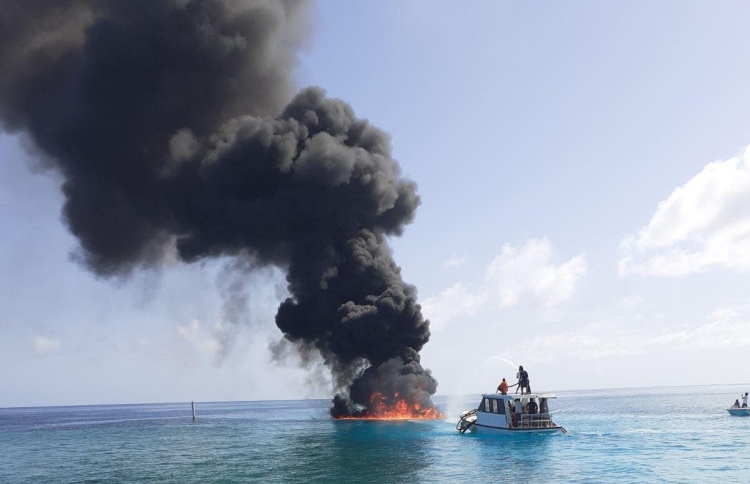 Maldives Police Service on Wednesday revealed that two people were injured in a fire incident that took place on a speedboat.

The two individuals who sustained injuries are being treated at Maalifushi resort.

The police did not reveal further details on them.

The fire was extinguished through the combined efforts of police officers and Maalifushi resort staff.