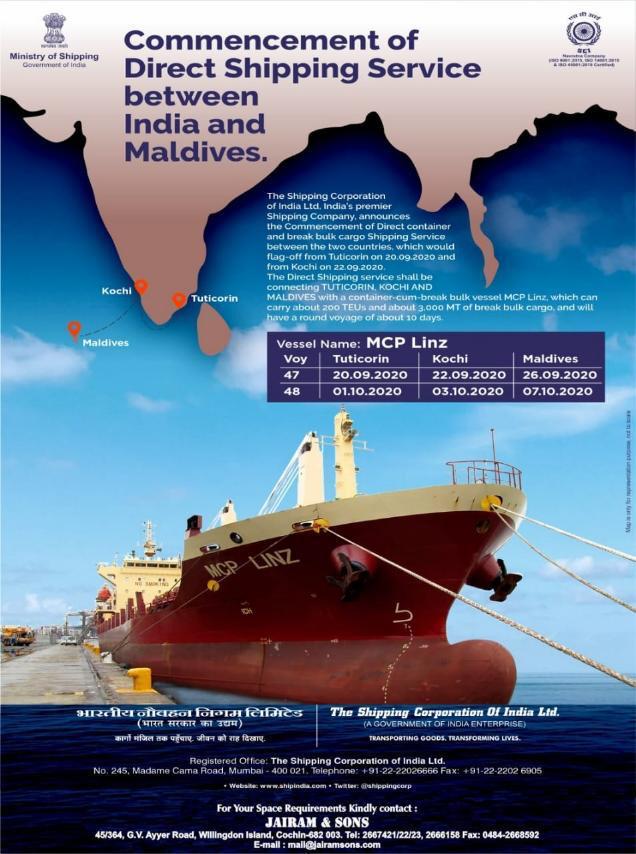 The Federation of Indian Chambers of Commerce and Industry has launched virtual roadshows at three ports ahead of the launch of a direct cargo ferry service from Thoothukudi via Kochi to the Maldives.

M Beena, Chairperson, Cochin Port Trust, who was the chief guest, said the cargo service has received a very good response from the trading community in Kerala, especially from Malabar region.

The freight from Beypore and Azheekal ports is expected to reach Kochi by road and by sea to Mali. In addition, large-scale exporters from ports such as Kandla on the west coast to Mali via Kochi are expected.

India accounts for only 9.7 per cent of the Maldives’s total imports, so there is a huge opportunity for Indian traders, she said.

Inaugurating the roadshow, the Deputy High Commissioner Rohit Ratheesh said that the new cargo ferry service would bring about a major change in trade relations between India and the Maldives.

This will open a new chapter in the trade relations between the two countries. He said the $2.2 billion financial assistance package provided by the Indian Government to the Maldives would be used to develop the busy Mali port, which would accelerate Maldives’ foreign trade and economic growth.