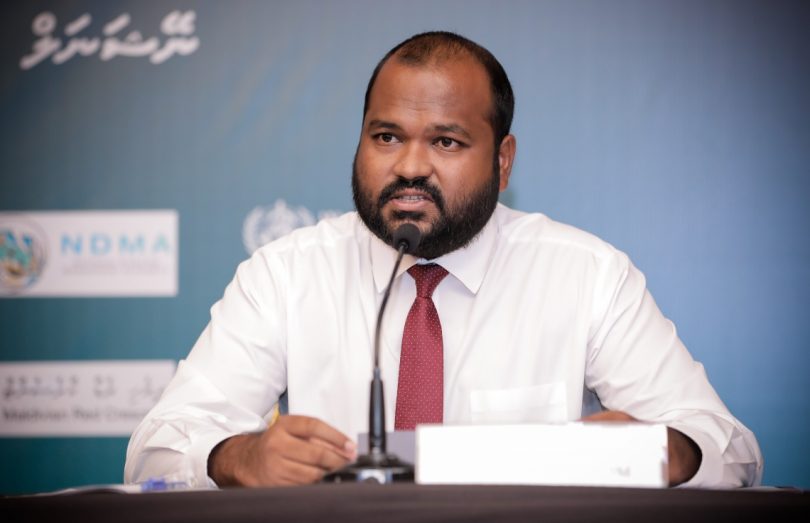 Minister of Tourism Ali Waheed disclosed on Monday that tourists from over 50 countries were still stranded across 10 resorts in the Maldives, due to global travel restrictions implemented amid the COVID-19 pandemic.

Speaking at National Emergency Operation Centre (NEOC)’s press briefing, Minister Waheed stated that the Ministry of Tourism, Ministry of Foreign Affairs and the Tourist Police Unit collaboratively made arrangements for 187 of the tourists to stay in Dreamland Maldives and that all of them were doing well.

The minister reiterated that the government was working with relevant foreign bodies to repatriate the remains of the tourists stranded in the country.

Shedding light on resorts that have completed the mandatory 14-day quarantine period after the last tourists departed from the islands, Waheed assured that the administration was working with resort managements to send resort staff back to their home islands.

He further thanked tourism establishments for cooperating with the government to establish quarantine and isolation facilities on resorts for asymptomatic or suspected cases of COVID-19 in the Maldives. The facilities are mainly managed by Maldives National Defence Force (MNDF), which also worked extensively on establishing and expanding facilities amid the ongoing crisis, with a team from Maldives Police Service and healthcare professionals stationed at each.

Waheed further noted that the government’s rate for each unit in a facility amounts to MVR 750 inclusive of all expenditures, and thus they were not managed for a profit.

In a bid to contain the spread of COVID-19 in the country, the Maldivian government stopped issuing on-arrival visas and closed its borders at Velana International Airport on March 27, effectively leaving several stranded in the island nation. Tourists who had entered the country before the airport lockdown order was allowed to remain in the country until the end of their stay.

The government has since worked with a number of relevant foreign bodies to repatriate them. The tourism ministry last week arranged Qatar Airways to operate a special flight from Malé on April 21, for outbound travel to London, Paris, and Frankfurt. The government announced two additional flights scheduled for this week, with Rossiya Airlines scheduled to depart the Maldives on April 29, Wednesday, while a scheduled Air Cairo flight will leave the Maldives on April 30, Thursday.

Maldives has recorded a significant increase in COVID-19 cases since its first confirmed case within the capital city of Male’ on April 15 involving a local woman that sought assistance from a flu clinic in Malé after developing symptoms.

There are currently 214 positive, 198 active and two probable cases of COVID-19 in the Maldives, with a total of 16 recoveries.

The World Health Organization (WHO) has classified the spread of COVID-19 as a global pandemic. The new strain of novel coronavirus has infected over three million people and claimed over 207,200 lives around the world. However, out of those infected, more than 883,200 people have recovered.