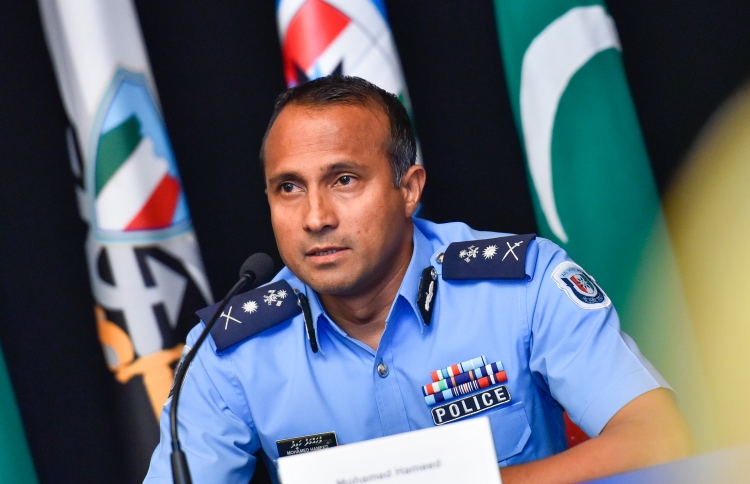 Commissioner of Police, Mohamed Hameed on Monday announced that disciplinary action was taken against four police officers over a case of assaulting a member of the public.

According to a tweet made by CP Hameed, the incident took place on August 5, 2019.

He also highlighted that this decision reflects the commitment of Maldives Police Service towards reformation.

Giving further information about the incident, a spokesperson for Police stated that an internal investigation was carried out following a case reported of police officers beating and violating the human rights of a suspect who was in custody. The victim in question was arrested under accusations of trying to steal a motorcycle from Fisherman’s Park in capital Male’ on August 5, 2019. He was taken into police custody from that location itself.

Additionally, the spokesperson stated that the four officers have a period of seven days to appeal to the Disciplinary Board’s decision.

The incident in August was followed closely by a second case that surfaced in September 2019. Seven Drug Enforcement Department (DED) officers were caught on video beating up a 36-year-old Bangladeshi suspect during a drug raid in Male’.

The Disciplinary Board at that time decided to demote the officers and transfer them to other departments. However, this decision was appealed by CP Hameedh, who said that these actions were too light a penalty for such an offence.

The seven former DED officers are yet to be allowed back on duty, despite their suspension period expiring. As per Police, they will report to duty only after a final decision is made for the case.