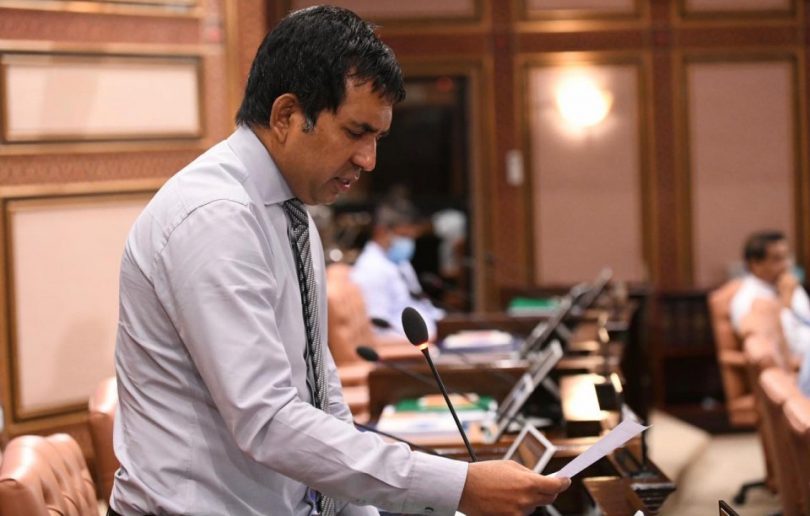 MP for Maavashu Constitinecy and former Economic Minister Mohamed Saeed says the current administration has made issuing fines an industry and that it is now talking to waving the fines as a campaign gimmick for the upcoming local council elections.

Saeed made these comments while speaking during the debate of the emergency motion submitted to the parliament today regarding wavering the traffic violation fines issued to underage drivers.

MDP Chairperson and MP for Henveriu Hulhangu constituency Hassan Latheef have submitted the emergency motion to the parliamentary floor today.

He said that the government has made a business of issuing fines.

MP Saeed said that he understands why a political party would take up this issue right now. He said that the government is at a standstill and that many people are suffering from the effects of fining.

He also noted that the restaurant association that represented small businesses had described a bleak picture at a meeting at the parliamentary economic committee and that it had said that the businesses are drowning in fines issued back to back.

Saeed said the association had warned that 45 per cent of small businesses would be bankrupt by the end of the holy month of Ramadan.

In his speech, the MP highlighted the grievances shared by taxi drivers as well as labourers and said that the current government had not enough to appease their concerns.

Saeed said that the youth of Maldives would recognize MDP’s attempts to waver traffic fines before the upcoming local council elections as a campaign gimmick.