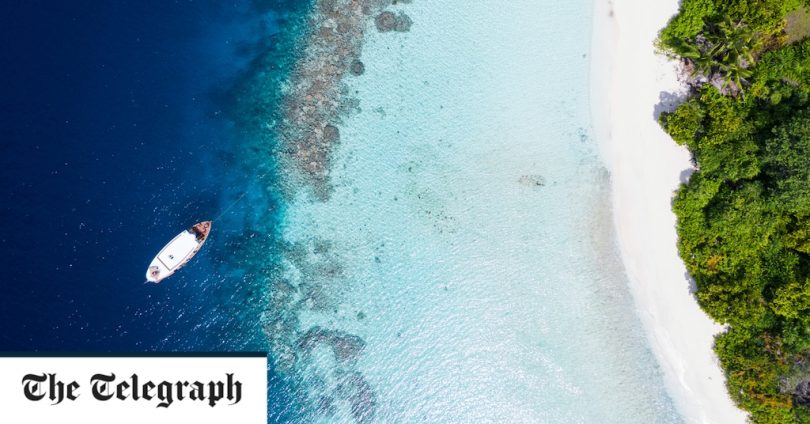 British holidaymakers are still visiting France and the Maldives, despite the quarantine requirements upon return

It is entirely possible that Britons will soon have only two restriction-free holiday options on the table. That’s if Italy, Sweden and mainland Greece – all of which have crept past our Government’s threshold of 20 cases per 100,000 citizens – get taken off our quarantine-exempt list.

This is not to say we can’t currently visit any country which permits us too. It just means spending two weeks in strict self-isolation upon return – and that rather puts a spanner in the works for a large proportion of the population.

For those of us who work from home and don’t have dependents, however, there has arguably never been a better time to travel; with no crowds and great deals to be had. So where on the ‘red list’ are people still booking?

Given that they’ve been struggling to fill seats on existing services, it might come as a surprise to learn that some airlines are launching new routes at this stage, but it hints at the sort of red-listed destinations where there’s still some demand.

Later this month, Wizz Air is launching three new weekly flights to Lanzarote, part of the Canary Islands, which, like the rest of Spain, is currently off-limits if you want to avoid quarantine upon your return. These flights start on October 23; prime time for some winter sun.

On Monday, London City Airport welcomed the return of flights to Zurich, the Swiss business hub; five times a week. The airport’s COO commented: “We’re hopeful that, with the Covid-19 case rate consistently falling in Switzerland, the Government will remove it from the quarantine list. This would be enormously welcome for our airlines and would allow them to schedule more routes and rotations through the winter season.”

Emirates has announced it will resume flights to the Hungarian capital of Budapest (October 21), and the French city of Lyon (November 4) – again, both destinations that remain on the FCDO’s ‘red list’ – as well as adding new flights to Germany and Italy, which are safe for now.

Speaking to Telegraph Travel, a rep for Emirates said that beyond Europe, the busiest routes to red-listed countries are currently those to Dubai (running thrice a day), the Maldives, and Mauritius, respectively.

Skyscanner assessed search traffic last week compared to the week before and found a two per cent drop in demand for Turkey after it was stripped of its travel corridor, but interestingly a seven per cent rise in flights to France, and a 19 per cent jump for the Maldives.

Indeed, statistics released by Maldives Immigration for the month of August recorded a total of 7,628 tourist arrivals; 715 tourists of them from the UK, making it the second-biggest source market for arrivals after the UAE.

Little Emperors, private members travel group, has also reported a 40 per cent increase in bookings to the Indian Ocean archipelago of late, largely from members “without kids, working from home, who don’t mind quarantining on return,” a spokesperson said.

Clients in this case overwhelmingly tend to be booking last-minute. A staggering 90 per cent of reservations made with the company in the last 14 days were for trips due to depart on the same or the next day.

There is a contingent of planners, however, who are looking ahead to the end of this year and pinning their hopes of the status of travel restrictions changing by then.

A rep for luxury tour operator Scott Dunn told us that over two-thirds of recent enquiries were for travel in 2020. And it’s not freewheeling singles, we’re informed: “Families but also multi-generational bookings have recently seen an increase.”

Demand for holidays in countries not on the UK’s ‘green list’ remains low for Scott Dunn, with the exception of one: “Interestingly, France has been booking well for ski,” the rep told us.

The latest data from flight comparison site Jetcost indicates that as many as one in seven UK residents are considering spending Christmas abroad with their family this year. Of these, 26 per cent have already booked flights, while 42 per cent have started searching.

The highest number of searches for flights between December 14-20, according to Jetcost’s latest figures, were to the US, followed by Spain and then Australia – all red-listed.

Looking at the odds, it’s not out of the realm of possibility that some sort of air corridor with North America could be in place by then. Last week, London Heathrow CEO John Holland Kaye announced the start of a Government-back airport testing scheme that could open routes between London and New York by Thanksgiving (November 26). This goal “seems entirely feasible”, he said, adding that demand would be “enormous”.

As for a Christmas break in Spain, that looks unlikely unless the country’s rate of infections comes down considerably. It is currently at 123 cases per 100,000; more than six times above our quarantine-exempt threshold of 20.

As for Australia; forget it. This week, Australian Treasurer Josh Frydenberg confirmed that international borders are likely to remain “largely closed off until late next year”.