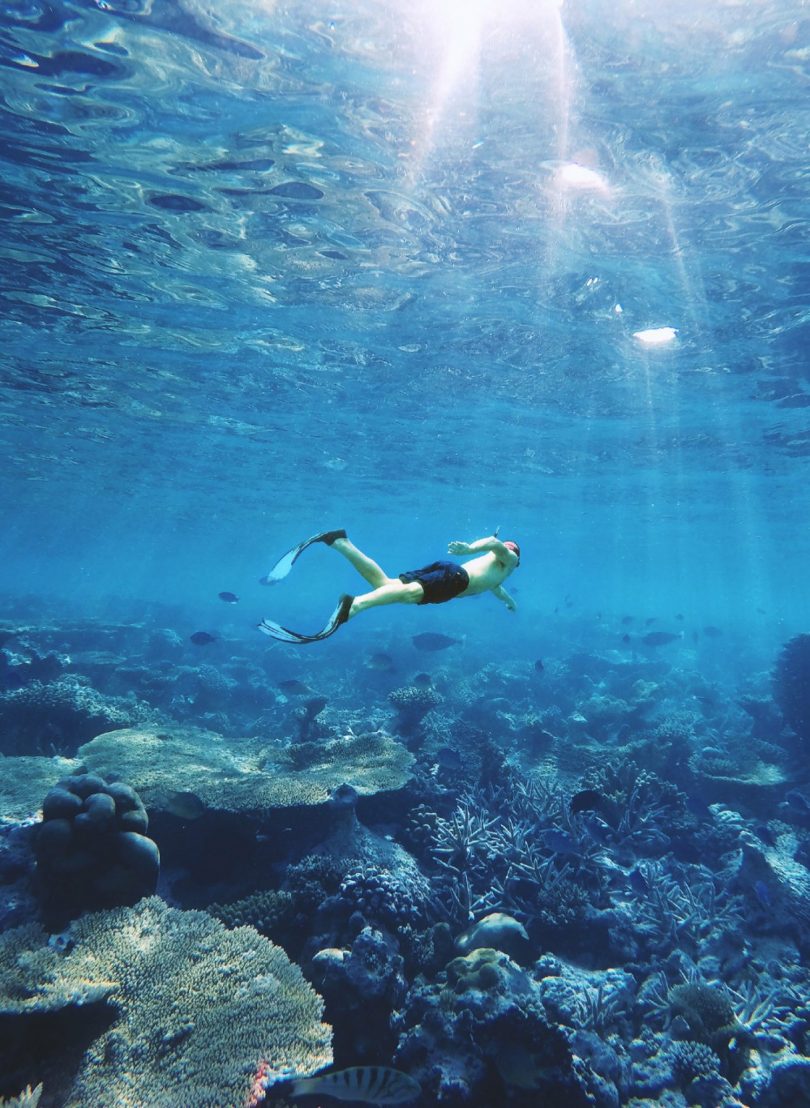 The Maldives are a hotspot for tourists, but development often comes at a cost to the environment. One community fought back

From above, the Indian Ocean island of Rasdhoo vaguely resembles the outline of a stingray – a compact stretch of land encircled by reefs shaped like wings beneath the clear fluorescent blue waters.

One of almost 1,200 islands that make up the Maldives, Rasdhoo is popular with tourists as a scuba-diving spot, thanks to the thriving coral reef ecosystem that surrounds it. On the surface, it’s fairly prosperous: streets are lined with souvenir gift shops, restaurants and snorkelling and diving centres. Tourists stay at one of its 16 guesthouses.

Less than a kilometre from Rasdhoo’s east coastline is Madivaru, a tiny uninhabited islet, and Madivaru Finolhu, which is little more than a narrow and pristine sandbank. They’re known as the “picnic islands”; tourists visit to snorkel, sunbathe and watch the pink-hued skies of spectacular Maldivian sunsets.

These picnic islands also mark a rare win for the local community against a major resort developer, one which could potentially set the tone for similar projects around the country and help protect reefs from the damage of resort development projects.

In 2019, ownership of the picnic islands was handed over to Environmental Protection Agency, to be managed by the Rasdhoo Atoll Council. It was a precious victory for the local community; in 2015, the Maldivian government had announced the sale of the picnic islands to a resort developer with plans to turn them into another luxury private island resort, cutting off access to the people on Rasdhoo.

“Madivaru island has belonged to the locals of Rasdhoo island for generations. Our beach is too rocky and not ideal for snorkelling and other activities,” explains Amir Ahmed, a Rasdhoo resident who works as sales and marketing manager at a guesthouse on the island. “If we lost access to our picnic islands, we would lose our golden egg.”

What’s more, the building project would have involved sucking up sand from the bottom of the nearby lagoon to expand the picnic islands, risking significant damage to the reef as sedimentation can choke the coral.

“In the channel between Rasdhoo and Madivaru islands, there are still some hammerhead sharks, silvertip sharks and rare leopard sharks,” says Ali Nishar, who grew up on Rasdhoo. “As locals, we spend a lot of time scuba-diving and snorkelling; it is our responsibility to do our bit to protect corals and other marine habitats.”

As well as providing a home for diverse flora and fauna, coral reefs help to protect life on the nearby land – acting as a natural buffer during heavy rainfall or storm events and reducing the impact of coastal erosion.

For the islanders, there was also a sense of history repeating itself. In 1975, a small island to the west of Rasdhoo was sold to a developer without the consent of its residents. What is now Kuramathi Resort – a four-star private-island hotel – had once been home to 124 people, forced to make way for luxurious villas for wealthy tourists.

In response to the news of the potential development of the picnic islands, locals launched a campaign to “Save Madivaru” in 2015, protesting on social media and educating others on the island about why the proposed resort posed a threat to the health of the coral.

As locals, it is our responsibility to protect corals and marine habitats

As luck would have it, marine biologists from the International Union for Conservation of Nature (IUCN) had begun studying coral reefs in the Maldives as part of a project to help establish more marine protected areas in the country.

They issued a report to the government in 2017: if the coral reefs of North Ari Atoll, in which Rasdhoo sits, were allowed to degrade, it would cost the locals at least $148.54m (£125.2m) over 30 years in lost revenue from tourism and fisheries.

However, the report said, if reef management was improved, it would earn the residents of North Ari Atoll anywhere between $15m-$48m (£12m-£40m) over a period of 30 years. “In 2016, the corals had bleached pretty badly during that year’s global El Niño event,” explains Gabriel Grimsditch, who worked on the report. “After collecting data, it was obvious that any further stress to the corals – in the form of sedimentation from construction work – would cause a lot of damage to them.

“[Plus,] Rasdhoo locals are still very upset about Kuramathi Resort and when we visited the island, it was obvious how frustrated they were.” 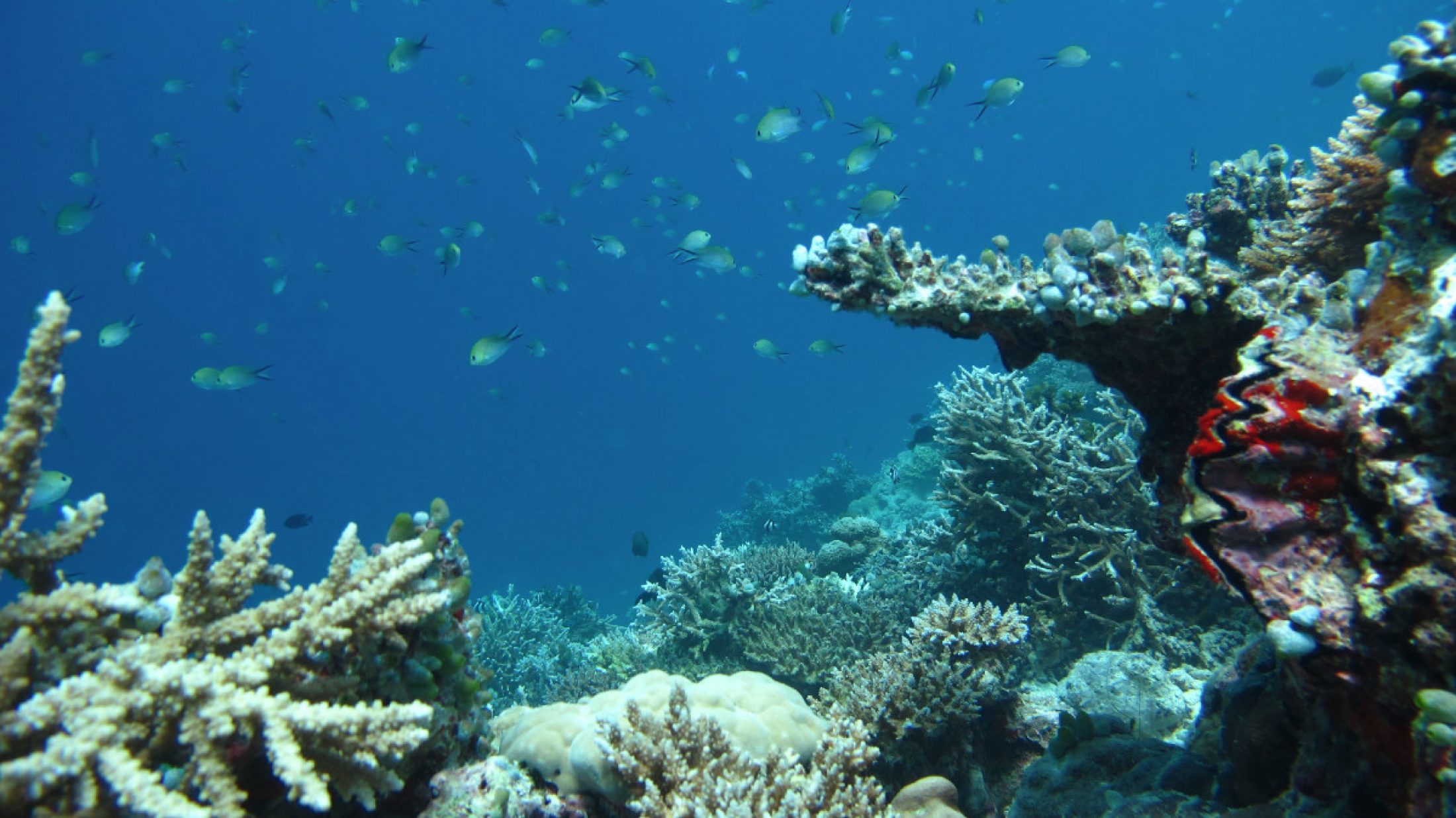 Thanks to the evidence from the IUCN report, the environment ministry declared the Rasdhoo-Madivaru region a marine protected area in October 2018. Plans to build the new luxury resort were officially cancelled. Although people can still visit the picnic islands, any commercial construction work is strictly prohibited.

The Rasdhoo Island Council is now in the process of figuring out how the area will be maintained and monitored, especially during peak tourist seasons.

“We fought very hard to get the Madivaru and Madivaru Finolhu islands back,” says Hussain Simau, the vice president of Rasdhoo Island Council. “Much to our relief, the contract was terminated. We no longer live in the constant fear of a luxury resort being built there. We have been promised that we will be left alone.”