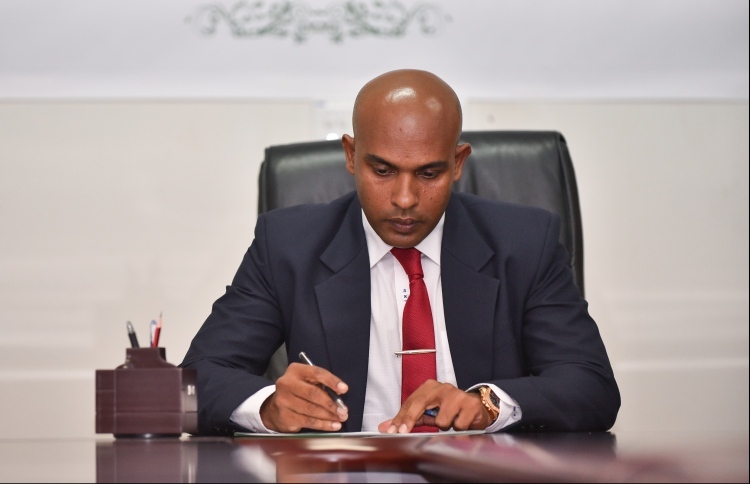 Citing chapter 3, section 27 (1) of Judicature Act of Maldives (No. 22/2010), the statement publicised by the Judicial Service Commission (JSC) accepted his resignation, effective immediately.

The JSC suspended Hassan during September 2019, in connection to the abduction of journalist Ahmed Rilwan.

His resignation coincided with the date extended by JSC as an opportunity for Hassan to provide a defence over claims that were made regarding the former judge’s disciplinary conduct.

Hassan Ali is accused of attempting, during his tenure in 2014 as an Immigration Controller, to establish a narrative illustrating that Rilwan had died after fleeing Maldives to participate in a foreign conflict.

Allegedly worked with two other accomplices, identified to be intelligence officers from Maldives Police Service, to produce a passport and falsify evidence that would indicate the missing journalist had left the country.

The former judge is also accused of attempting to procure the services of media company ‘NDTV’ to report misinformation concerning the journalist.

Presently, the aforementioned cold case is under investigation by the Commission on Investigation of Murders and Enforced Disappearances.

According to the presidential commission, evidence points towards Rilwan being murdered by a local extremist cell, affiliated with al-Qaeda.