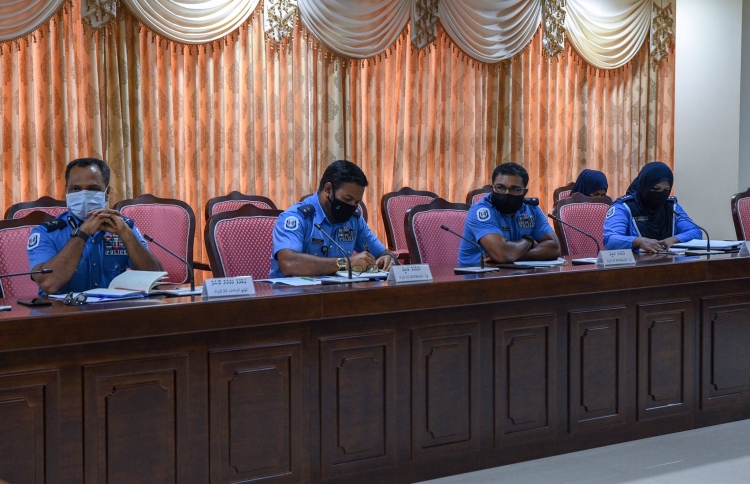 Maldives Police Service on Wednesday admitted that the two suspects arrested over the sexual assault of an expatriate worker aboard a safari were released without taking sobriety tests.

Answering questions posed by the Parliamentary Committee on Human Rights and Gender regarding the case, Deputy Commissioner of Police Abdul Mannan Yoosuf stated that the officers who arrested the individuals did not conclude that the suspects were inebriated, and thus, per procedure, were not required to be tested.

Reportedly, the victim, a 27-year-old woman who was invited aboard by a friend, was sexually harassed and assaulted by the two men on board a safari. After the woman jumped off the vessel in an effort to escape the onslaught, she was picked up by a dinghy and transported to the jetty.

The two men, both aged 39, were arrested at the scene. However, they were later released with the authorities initially citing a “lack of sufficient grounds to keep them detained for the investigation”.

However, during the committee investigation, Police noted that releasing the suspects and accumulating the evidence needed to forward charges for persecution was the best course of action.

“Our biggest intention was to find enough evidence to prove the crime, rather than detaining the suspects”, said Head of Hulhumale’ Police, Superintendent Mohamed Rasheed.

During the committee’s probe, Police reaffirmed that the case was reported to the authorities at 0515 hrs on June 26, the victim was questioned, the two suspects were immediately arrested, the victim was taken to the hospital for medical treatment, and statements were collected from both suspects.

Insisting that revealing more information may impede the investigation, Police assured that the probe will be concluded shortly and forwarded to the Prosecutor General’s (PG) Office for counsel on submitting the case to trial.

In response to a question posed by the parliamentary representative of Addu City’s Meedhoo Constituency MP Rozaina Adam, the police also refuted claims of undue political influence, declaring that investigative proceedings were in no way influenced.

Meanwhile, photos are currently being circulated on social media, claiming that one of the alleged rapists is connected to politicians in the incumbent administration.

Police have yet to debunk or confirm these claims, which have resulted in sparking further public outrage.

Initial reports by local media claim that the victim was raped aboard the vessel and that the police had released the suspects after receiving phone calls from “people high up”.

However, the police later released a statement stating that the victim was sexually assaulted. The police added that when police officers reached out to clarify matters, prompted by the spread of media reports contradicting the victim’s account, she had reconfirmed that the information she originally gave to the police was accurate.

Referring to the above, the police then urged all media to refrain from publicizing false claims or revealing information in a manner that may cause harm to a victim. Police also called on the public to verify facts before sharing posts on social media.

Another report by local media Mihaaru also claimed that the victim stated she was not raped but sexually assaulted by the suspects. In the interview, the victim reportedly stated that she did not wish to press charges, that she did not have complaints regarding the police investigation, and that she had not spoken to any media outlets prior to Mihaaru.

Meanwhile, the police confirmed that an additional investigation will be conducted over false information communicated by media regarding the matter.

Police also revealed that more information will be disseminated via a press conference scheduled for the following week.