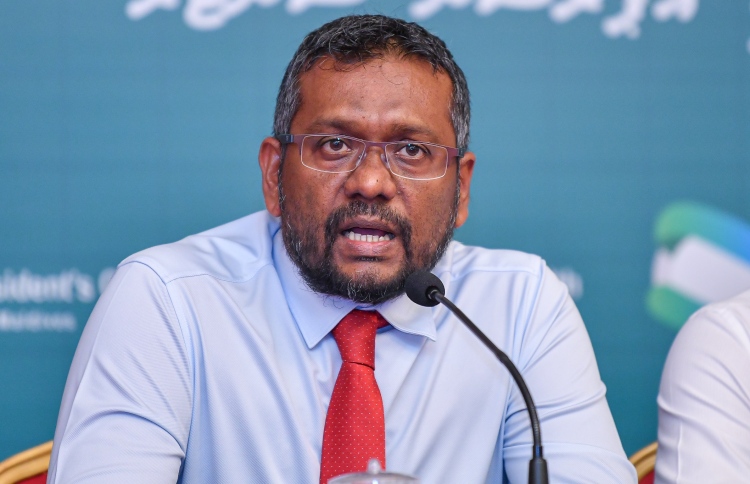 Minister of Economic Development Fayyaz Ismail confirmed on Monday that deposit funds would be utilised as the first financial resource to repatriate undocumented expatriate workers.

A sum of MVR 8,000 is deposited for every Bangladeshi national at the time they are brought to the Maldives for employment, with the figure being subject to amendment if a greater number of workers are hired.

Bangladeshi nationals make up the majority of the expatriate population in the Maldives, which numbers at over 144,600 out of which authorities earlier estimated that 63,000 were undocumented.

Speaking to local media outlet Mihaaru, the minister disclosed that 800 undocumented workers had submitted requests for repatriation after the government opened for registration on March 21.

“They will be sent back on a flight chartered by Island Aviation Service”, stated the Minister Fayyaz. He attributed delays in repatriating the workers to the Bangladeshi foreign ministry’s restrictive measures implemented amid the ongoing COVID-19 pandemic.

Disclosing that the state’s ongoing effort to collect personal information of undocumented workers might take a six-month period, the minister stated that the Ministry of Foreign Affairs was working to expedite the process by collaborating with the Bangladeshi government.

Minister Fayyaz further added that the Maldivian government did not currently possess the financial capacity to place undocumented workers under detention considering that monthly costs spent per inmate reached MVR 16,000.

“For example, if 20,000 individuals are detained, the state must spend MVR 320 million per month”, he elaborated.

Furthermore, he stated that lack of space at detention centres also eliminated the possibility of detaining undocumented workers, adding only 50 individuals could be detained at present.

As many expatriates live in small, congested spaces, particularly in capital Male’ City, officials have expressed concern that a local COVID-19 outbreak would put them at great risk of contracting and spreading the virus.

The World Health Organization has classified the spread of COVID-19 as a global pandemic. The novel coronavirus has infected over 1,286,600 people and claimed over 70,400 lives around the world. However, out of those infected, more than 271,800 people have recovered.