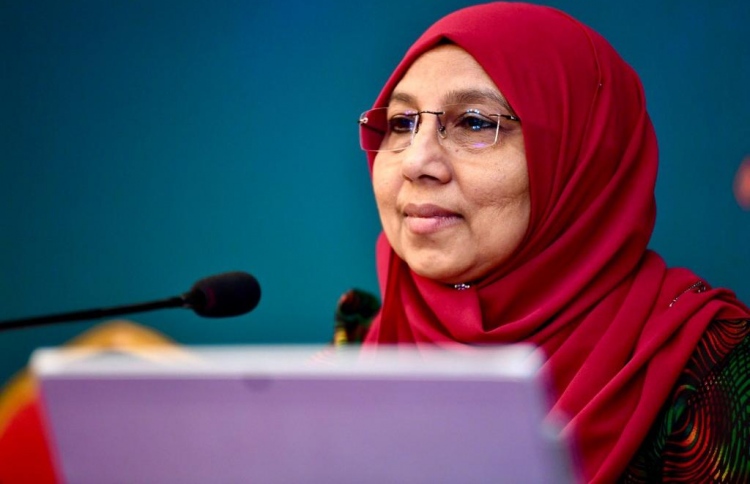 Maldives’ government confirmed on Saturday, the decision to return to ‘Methadone Maintenance Therapy’ in the state-rehabilitation offered for opiate addiction.

The announcement, made on the International Day Against Drug Abuse and Illicit Trafficking, comes after a three-year hiatus, as the country’ previous administration put an end to the particular treatment.

Addressing the press at the regularly-held briefings hosted by the National Emergency Operations Centre, Minister of Gender, Family and Social Services Aishath Mohamed Didi revealed that the methadone-based program would be facilitated by the Indian government.

According to the minister, supported by the technical assistance provided by India Medical Sciences (AIMS), the two countries have discussed reintroducing methadone therapy in the Maldives, identifying material and quantities required and are preparing to commence the programme in September.

“Methadone therapy has been widely and successfully utilised across the globe to treat persons suffering from addiction,” stated Aishath.   “It was previously implemented here in the Maldives, but due to many reasons, the program was halted three years earlier”.

She stressed on the importance of an evolving, evidence-based approach in providing treatment, adding that the responsibility to help persons struggling with abuse and addiction, should not be viewed as on resting solely on the shoulders of the incumbent government, as efforts are required from all factions within the community to sustain a positive result.

Aishath further highlighted the necessity for families and friends to embrace people returning home from rehabilitation centres after completing treatment programs, and that individuals are afforded a chance to continue their journey to recovery within their respective communities.

“Rehabilitating persons addicted to drugs, and re-integrating them into society is a huge and challenging undertaking”.

“If relevant authorities collaborate and work together, people seeking help would not have to wait for long periods of time without access to treatment, [therefore] we may be able to attain greater levels of success”, said Minister Aishath Didi.

In 2013, the National Drug Use Survey estimated that there were 7,500 drug users in the Maldives, of which the major of users were between 15-24 years old. Around 200 drug users in Malé and 300 in the rest of the country were found to be injecting drug users who are vulnerable to the spread of blood-borne diseases like HIV/AIDS and hepatitis.

Although little research was publicised since, experts continue to surmise that figures are still on the rise, along with that of associated risks. A number of people have attributed to the high incidence of relapse, to poor rehabilitation facilities and programs, along with prevailing social stigma and lack of access to counselling that covers job prospects, assists with living situations and so forth.