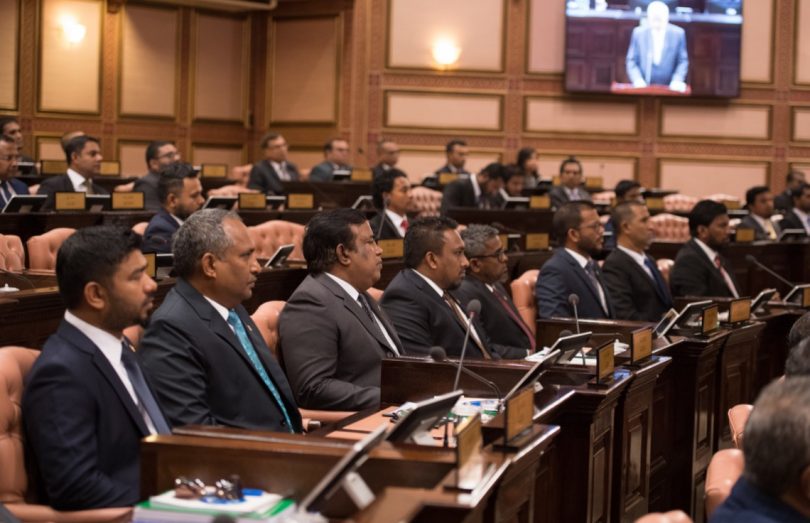 The state, on Monday, submitted a bill to the Parliament seeking to make Maldives Bureau of Statistics an independent institution with additional powers.

Currently, Maldives Bureau of Statistics operates under the mandate of Ministry of National Planning and Infrastructure.

Submitting the bill on behalf of the state, Parliament Representative of Dhiggaru Constituency MP Ikram Hassan highlighted that as per the bill, the institution will be able to press and receive charges.

This means that the bill will grant the bureau powers to acquire denied information through a court process.

The bill lists the Chief Statistician as the head of the bureau, who will be appointed by the president with Parliament approval.

As per the bill, the salaries and allowances of bureau employees will be determined by the Ministry of Finance, with the advice of the National Pay Commission.

The bill also states that a 10-member council must be established to provide counsel to the bureau. Nine of these members will be appointed by the president while one member must be from the Maldives National University (MNU).

Moreover, the bureau also has the power to establish committees consisting of specialists, to guide the bureau’s work, for which the institution is allowed to charge a fee.

The bill mandates the Maldives Bureau of Statistics to determine the situation of the country based on economic, social, environmental and population data, in addition to publicising the information derived from this data without bias.

Under the bill, the bureau is also required to establish policies and procedures on maintaining statistics that are in-line with international best practices and develop skilled statisticians.

According to Ikram, the bureau is a crucial institution in accumulating the information required in making decisions for the country’s future.

“I see this department as an institution that must operate without political influence, with the public’s trust. However, today, when we visit these departments requesting information, we come across instances where they refuse to provide it due to political reasons”, he said.

Ikram also stated that the main aim of submitting this bill was to establish a national statistics system and establish an independent institution, with certain powers, to oversee the work.

When the bill was submitted, Speaker of Parliament Mohamed Nasheed described the proposal as an important bill which must be debated over and passed as a law.

The speaker also added that one of the most notable efforts in the COVID-19 response was referring to statistics in making important decisions.

“Statistics of Maldives for the past 200 years, certainly business statistics, have been recorded in one way or another”, he added, noting that taxes collected from each household in islands were also recorded in ‘Vaaru Faiykolhu’ in the past.

Stating that the Gross Domestic Product (GDP) is a collective value of the whole country, Nasheed also spoke about the importance of knowing the productivity of separate islands and atolls, highlighting that the lack of this information was a large development hurdle.