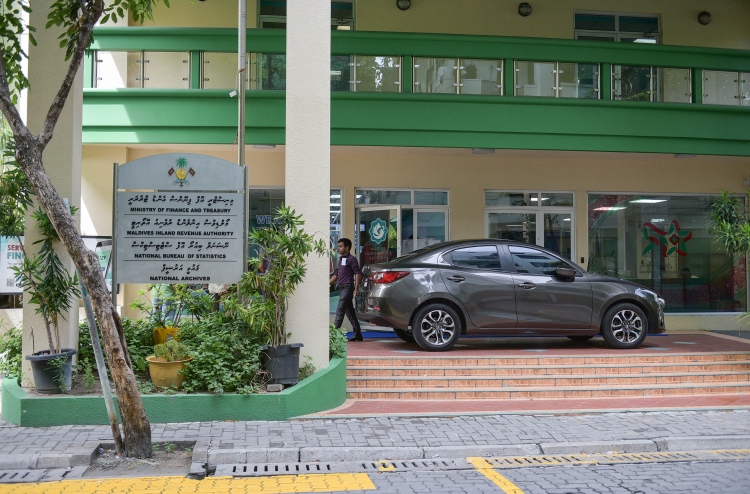 Maldives Inland Revenue Authority (MIRA) revealed on Wednesday that state revenue for April fell by more than half, a heavy economic blow amidst the ongoing COVID-19 pandemic.

MIRA attributed the significant decrement in revenue due to a decline in tourism receipts over government’s decision to close its national airport, and the extensions on tax deadlines until MIRA’s offices re-open after the currently-declared lockdown ends.

Records from April show that the highest revenue for the month was collected from Goods and Services Tax (GST) with MVR 235 million, accounting for 44.7 per cent of the total income. Tourism Land Rent amounting to MVR 133 million generated 25.2% of the total revenue, while income from Business Profit Tax (BPT) amounted to MVR 36 million, or 7% of the total monthly income for April.

Meanwhile, Governor of Maldives Monetary Authority (MMA), Ali Hashim on April 8 declared that local economic growth might reach a negative nine per cent in the projected worst-case scenario due to the economic recession caused by the pandemic.

According to the governor, the “worst-case scenario” is where the whole country stays under lockdown until the last quarter of the year, with no tourist arrivals. He declared that a solution must be found in the tourism sector to improve the country’s economic growth, as 30 per cent of all direct revenue and 60 per cent of all indirect state revenue is generated by the tourism industry alone.

In a bid to cushion the pandemic’s financial blow on the local economy, the Maldivian government introduced an MVR 2.5 billion economic relief fund to prevent the closure of local businesses and the loss of jobs.

Meanwhile, Maldives continues to record an increase in COVID-19 cases. Till date, a total of 904 cases have been confirmed in the country, with 869 active cases, three fatalities and a total of 32 recoveries. Capital city Malé, one of the most densely populated places in the world, has recorded a significant increase in virus cases since it first recorded its local transmission on April 15.