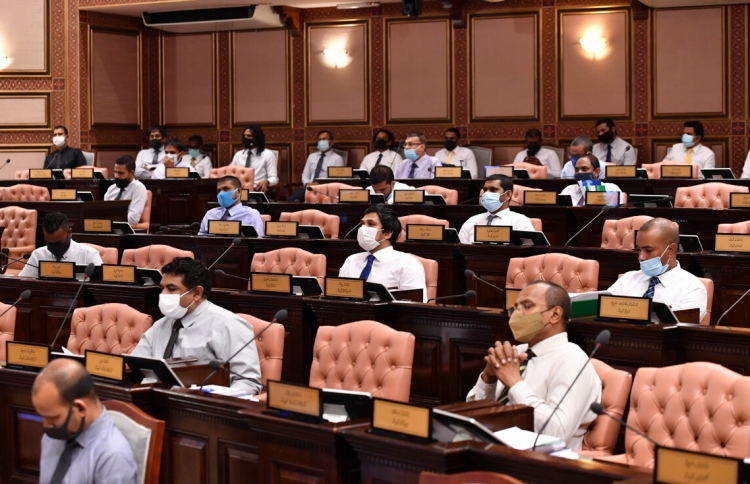 The government, on Sunday, proposed an amendment to the Penal Code of Maldives, seeking to criminalise illicit enrichment and impose a 15-year prison sentence on certain offences that fall under the definition.

Submitted on behalf of the government by Moosa Siraj, Maldivian Democratic Party (MDP)’s parliamentary representative for Fonadhoo, the amendment defines illicit enrichment as a significant increase in the assets of a public official which cannot be reasonably explained in relation to the individual’s lawful income.

In addition to illicit enrichment, the amendment also proposed to establish embezzlement, trading in influence, misappropriation or other diversions of property by a public official, bribery of foreign public officials and officials of international organisations, as criminal offences in the Penal Code.

As per the amendment, charges of illicit enrichment against a state official can be proven even if the solicited or promised undue advantages were not actually accepted or given.

The criminalisation of illicit enrichment was a key electoral pledge of President Ibrahim Mohamed Solih’s administration.

The AG Office submitted such a bill to the parliament in December 2018 soon after the presidential elections, in accordance with the incumbent government’s first 100 day pledges. However, the bill lapsed when the term of the then-parliament expired in 2019.